#362 In the studio: Etching, the early years


During the early 1970's,  my etchings of wildlife, sporting, and rural subjects became widely known to collectors and galleries across the United States.  They received national attention when Gray's Sporting Journal selected a new etching for every back cover of their early publications.  The etchings were also used as illustrations in many national magazine, book publications, and advertising such as
Remington Arms and Leupold Optics.

I had been exposed to original printmaking at the Kansas City Art Institute in the early 60's and later developed a unique and innovative technique, using sepia ink and applying transparent watercolor washes.  The warm, sepia earth-toned ink acted as an underpainting and the result became my trademark. The small, hand-pulled editions were printed on exquisite French buff-colored rag paper and at one time could be found in over 100 galleries nationwide.

In 1980, I turned my attention to sculpture and produced my last portfolio of etchings in 1983.  They were put in storage to be reintroduced at
a later time and recently, I've begun sending a limited few to select galleries.

Below, Trout and Mayfly, appeared on the back cover of an early issue of Gray's Sporting Journal.
The warm, sepia ink plate-tone provided underpainting for the transparent watercolor. 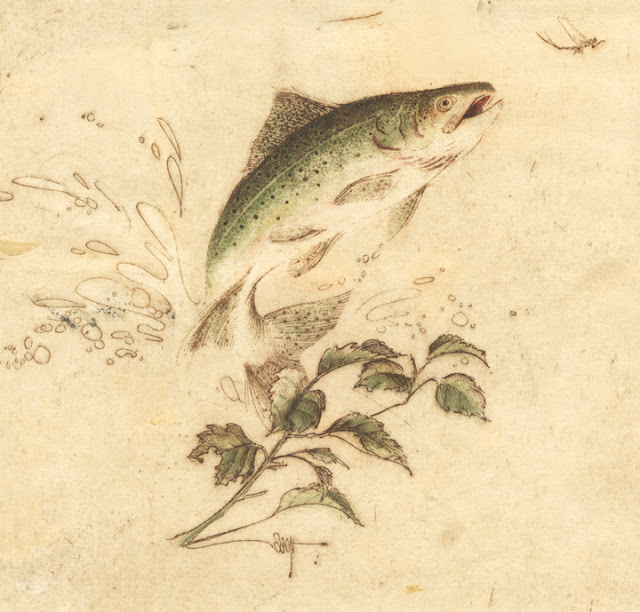 Below, in 2007, John T. Ordeman's publication included my etchings. 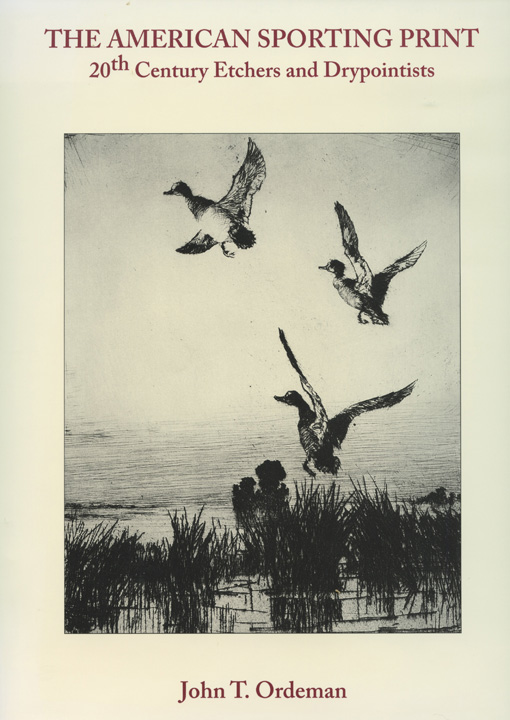 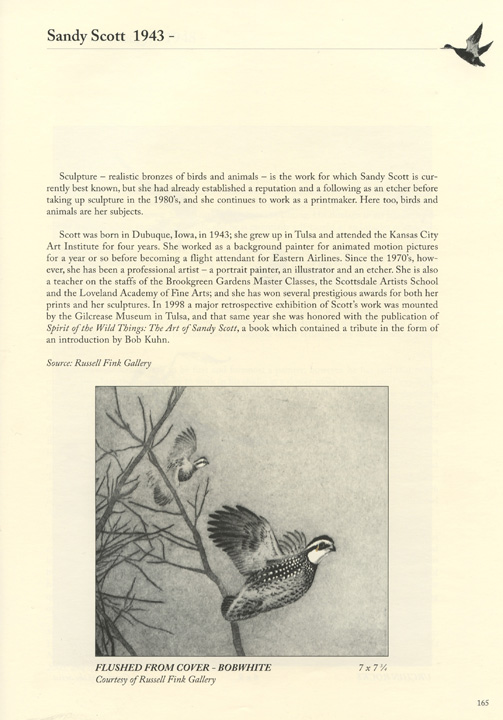 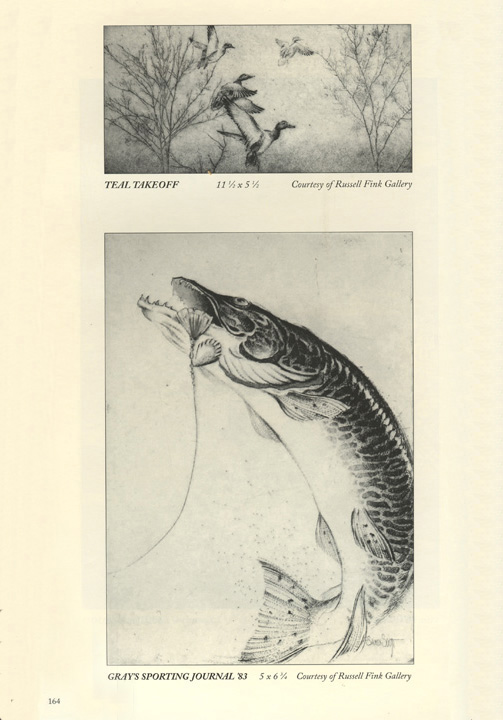