I've taught sculpture in workshops for almost 30 years and am routinely asked to discuss art history.
I was fortunate to have an academic background by studying at the Kansas City Art Institute.
My time there inspired a life-long interest in art history . . . then and now I devour information
and continue to be inspired by artists from the past.
This short series of blogs is in response to requests from students and others
who also posses a passion for the arts and its history. 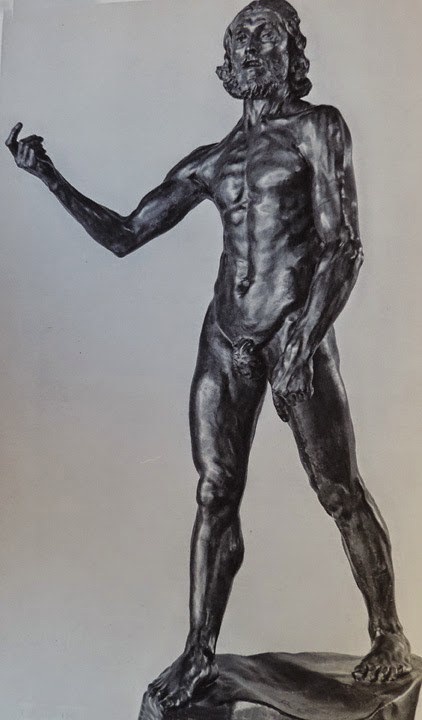 Auguste Rodin,  was born in Paris in 1840 and died in1917.  When he was young, he spent several
years of his apprenticeship with an ornamental modeler doing nothing but leaves, fruit, and flowers.
He could not afford to study with French masters of the time and turned to antique Greek statues and
fragments and to the works of Michelangelo, Donatello, and the Renaissance for inspiration in 1876.

When he was 36 years old, he traveled to Rome, Florence, Venice, and Naples to study the works of Michelangelo and Donatello and returned to Paris filled with the influence of the Renaissance.  While in Italy, he saw how the Greek sculptor, Phidias and other masters of the Golden Age of Greece modeled strength into their figures by studying ancient fragments and statuary discovered in Italy and elsewhere.   Rodin, like Michelangelo was greatly inspired by the discoveries of ancient Greek fragments and sculpture and had a collection of them in his studio.

Soon after returning from Italy, Rodin created what was to become a key juncture in his career . . .
the monumental bust, "Bellona".  The sculpture established him as an artistic personality in his own right.
Note:  The helmet is similar to the helmet of Michelangelo's "Lorenzo de Medici"
and like other works of this period, reflects Rodin's close study of Michelangelo. 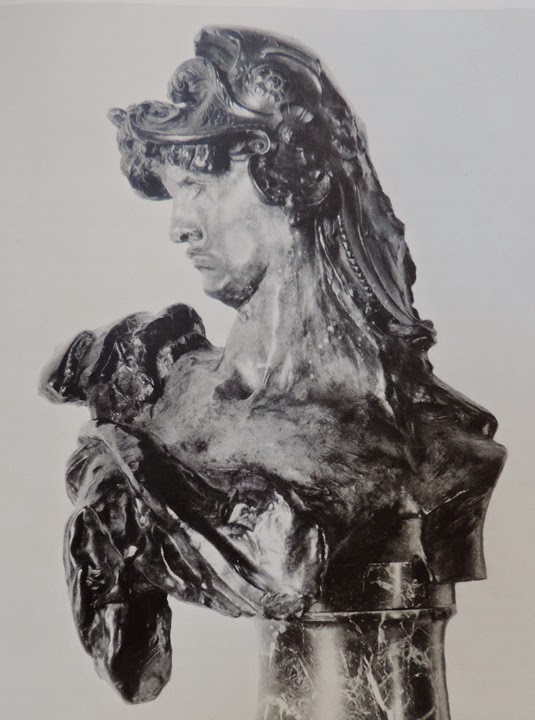 While Rodin's 1876 trip to Italy was an inspirational turning point in his career, his early known works are few.
"Man With the Broken Nose", created in 1864, was refused by the Salon.  A close-up of the sculpture is shown below.   Also shown is a sculpture created in 1863, entitled "Father Pierre-Julien Eymard".
After his enlightening and inspirational trip to Italy and under the influence of the
Greeks, Michelangelo, and the Renaissance, his career and reputation grew rapidly. 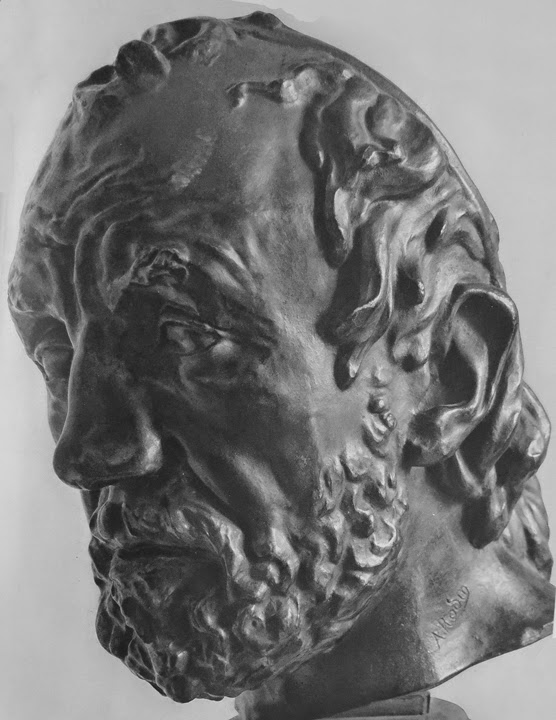 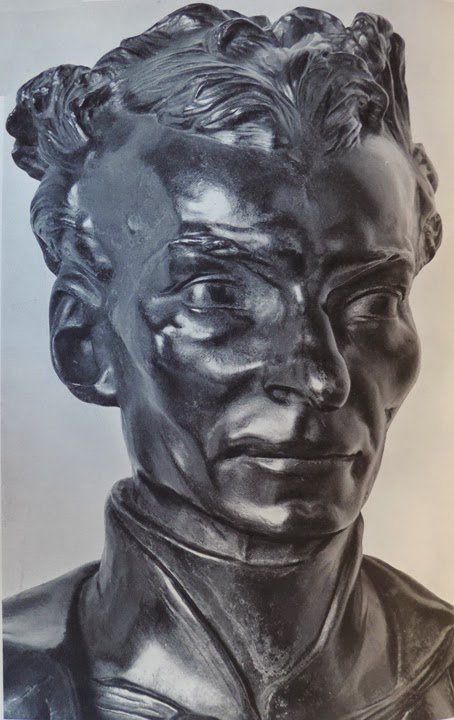