#586 Fragments, the Greeks, and Rodin

While the fragmented Greek discoveries in Rome and elsewhere during the Renaissance were
accidental amputation, in the late 1890s, his fame firmly established, Auguste Rodin explored the
creative possibilities offered by fragmentation, the partial figure, and deconstruction of his own work.

Rodin, who was greatly influenced and inspired by Greek and Roman antique sculpture believed in the
aesthetic self-sufficiency of the fragment and truncated sculpture he had experienced in Italy years earlier.
He produced hundreds of studies of the human hand in a passionate investigation of the form's expressive capabilities.
Note:   Not all of Rodin's partial figures are fragments of previously executed works.

Shown below, his hand study studies are invested with such vitality that each exists as an independent work of art. 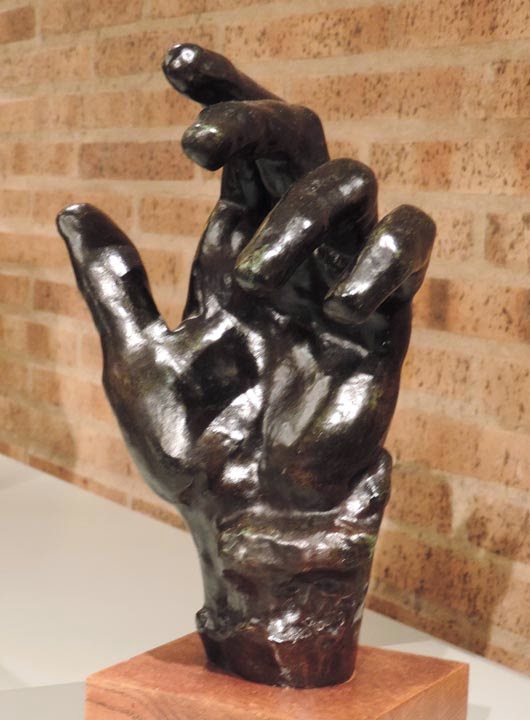 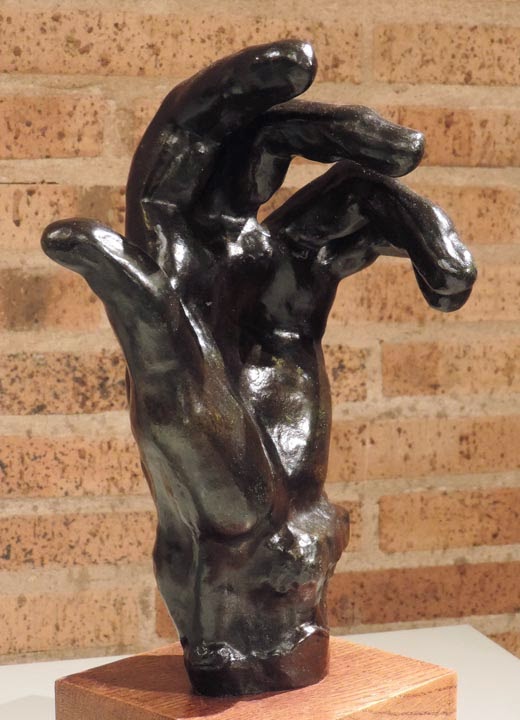 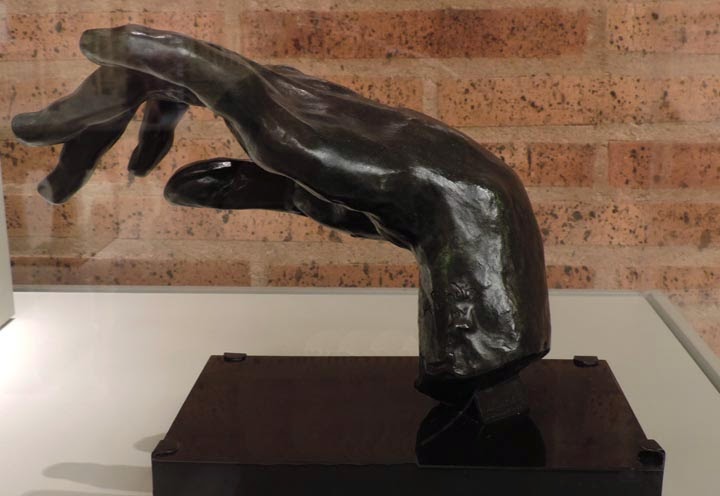 Late in Rodin's career, he abandoned sculpting from living models
and turned to the huge quantity of already sculpted figures and
fragments of heads, legs, hands, and feet that he had produced
during his career.  He assembled them to create new works
such as "Head of Shade with Two Hands" shown below. 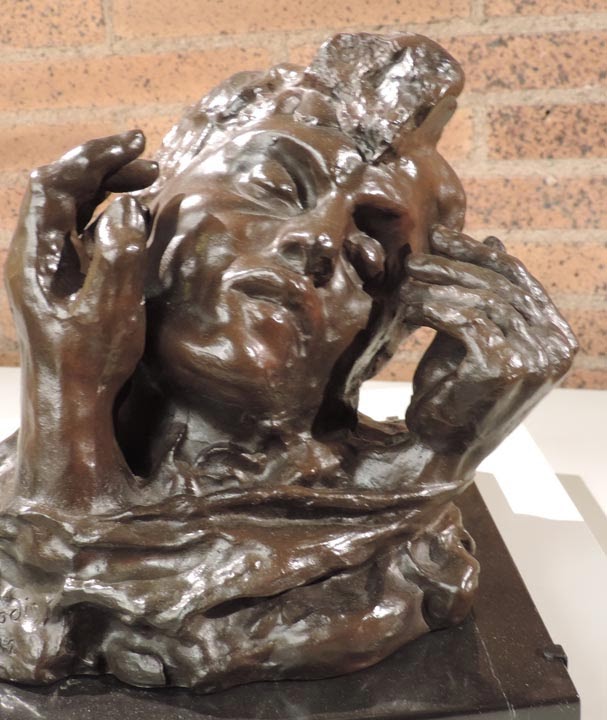 While studio assistants made plaster copies of his clay or wax models, the innovative
process allowed him to produce a startling number of variation on identical figures.
The sculpture shown below is comprised of three identical casts of  Rodin's "Adam"
and is entitled, "The Three Shades".

Rodin compensated for the viewer's inability to see the figure in the round by
presenting views from the front and sides. 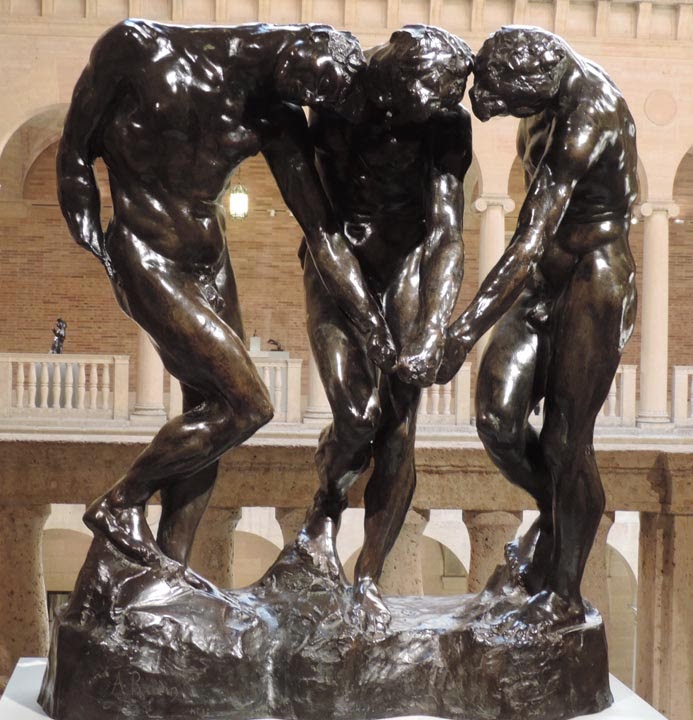