Please start this series of posts with #477

The focus of this post is the Hippopotamus.  Before my recent trip to Tanzania, this animal was not on the short-list of species to be included in my African portfolio.  I completely changed my mind after experiencing the hippo in the Serengeti, Ngorongoro Crater, and in Tarangire.

Below, are photos taken in Tanzania. 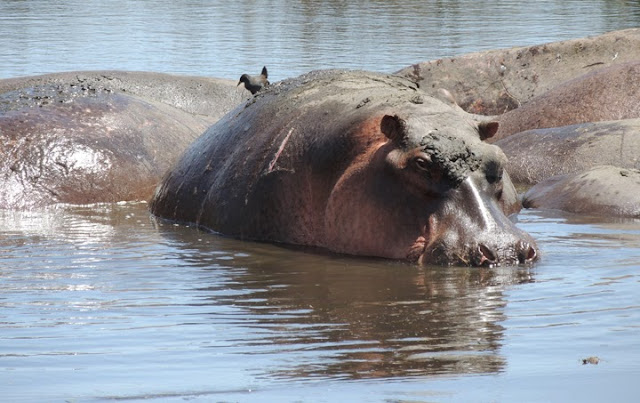 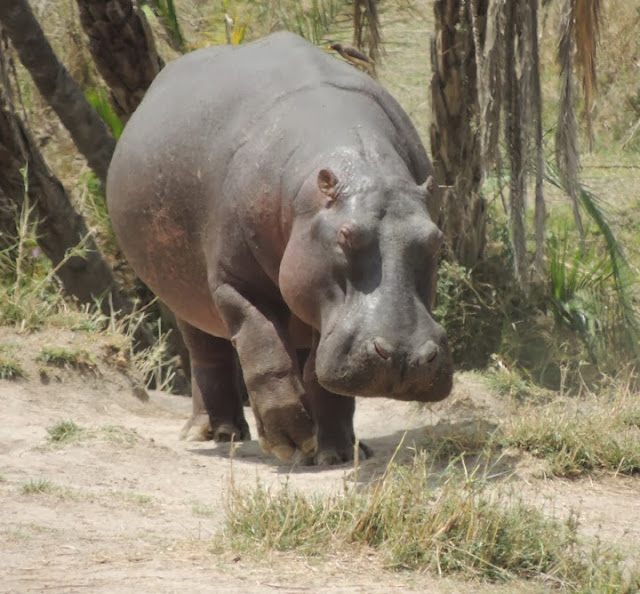 Hippos can always be found around water. 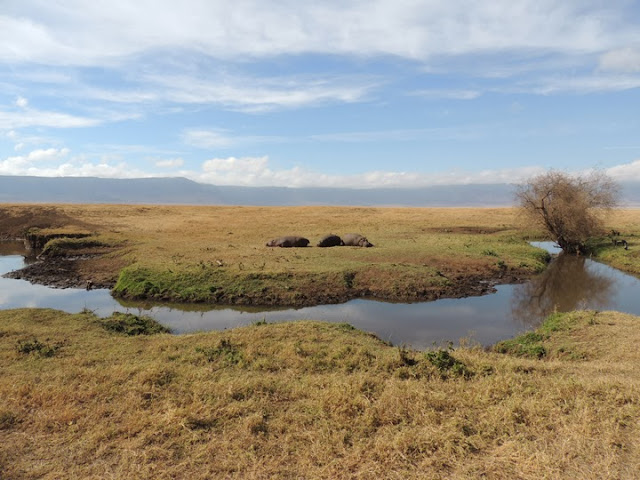 The hippo - its name is taken from ancient Greek for "river horse" -  is more closely related to whales and porpoises despite their physical resemblance to pigs.  Whales and hippos split in the evolutionary process around
60 million years ago.  A group of hippos is called a pod.

Hippos are well adapted to their mostly aquatic lifestyle and typically spend most of the day in or around water.
The large quadruped is aggressive and dangerous on land.  They stay cool in water during the day - like pigs, they are nearly hairless - and emerge at dusk to forage on grasses.

Hippo shapes are an obvious delight for the sculptor:  Barrel-shaped with short, stubby legs; enormous, cavernous mouth with long, large teeth; tiny ears, a unique shaped head and huge snout . . . present a plethora of outstanding shapes and forms for the sculptor to assemble and design with.

Below, is a hippo sculpture - in progress - started a few days ago.  The two animals modeled are depicted in a pool and are the "supporting cast" for a third hippo which will be created with it's mouth open while yawning.  The dramatic creature will be included as a species in my African portfolio. 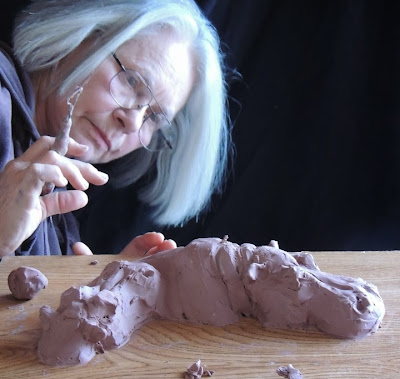 Below, are drawings of a yawning hippo . . . the precursor to the modeling and final design.
I learned from our guide in Africa that the Swahili name for Hippopotamus is kiboko. . .
The Maasai name is olmakau. 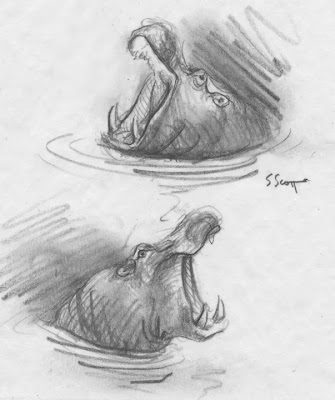 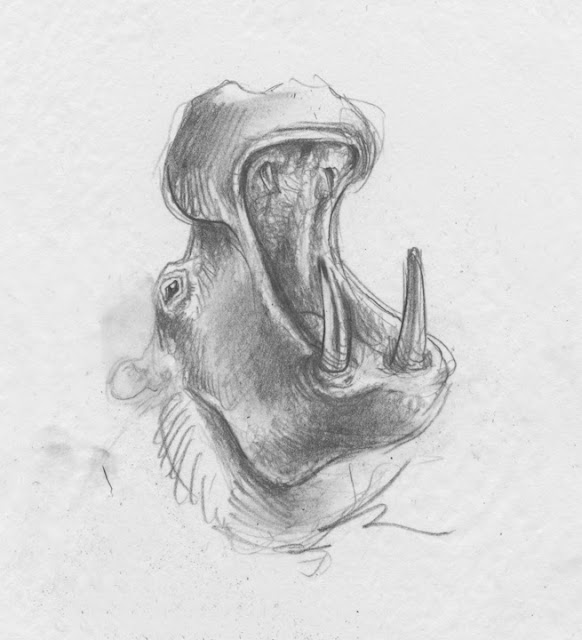 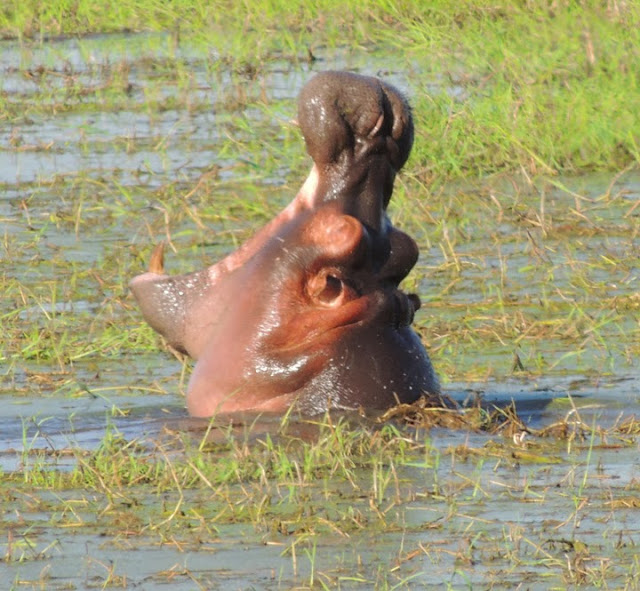