Please start this series of posts with #477

Over the years and before my first trip to Tanzania in October, I had developed a short-list
of the different species I hoped to experience in Africa in their natural habitat.
The Secretary Bird was the number one bird on this dream list and I was not disappointed.

Below are images of my first "in the field" encounter with the Secretary Bird in the Serengeti and Tarangire. 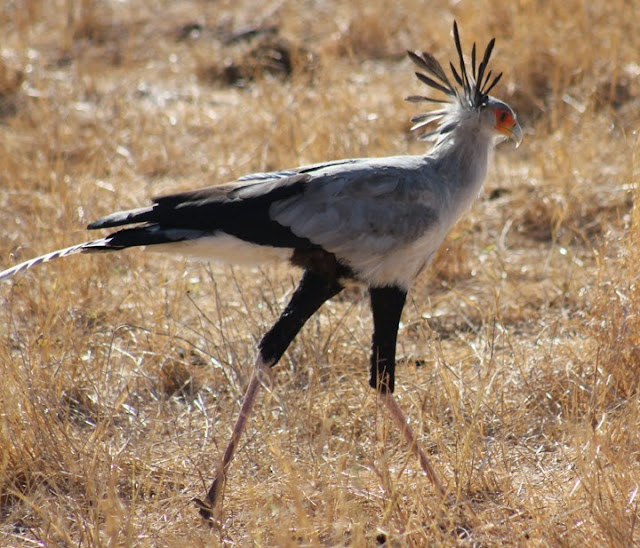 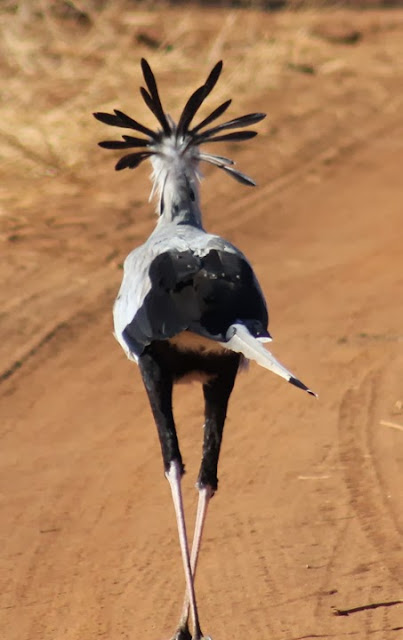 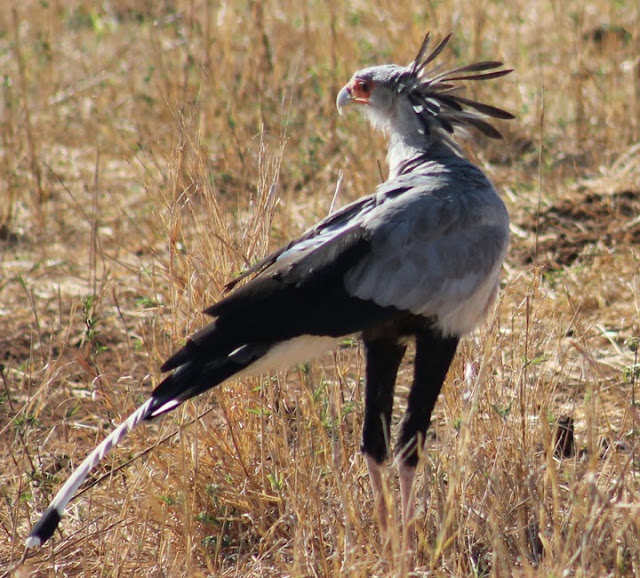 Like eagles, hawks, falcons, kites, and vultures, the Secretary Bird is a hawk that is a member of the Falconiformes order and is indigenous to Africa.  It is so unlike other members of the order that it is placed in a family by itself.

The name, Secretary Bird is derived from the long quill pen-like crest feathers that emerge from the back of the bird's head that reminds one of a secretary's writing instrument.  Below, is a drawing from my sketchbook . . .
the profusion of crest feathers on the head will be a delight to design with in the sculpture studio! 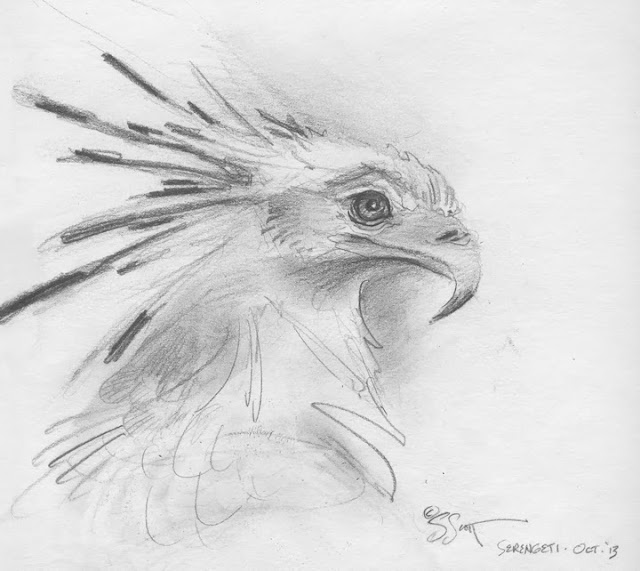 The long-legged bird of prey is known for hunting and killing its primary diet - snakes.
It also preys on other reptiles, small mammals, large insects, and young birds, and eggs.
Below, is another drawing from my sketchbook. 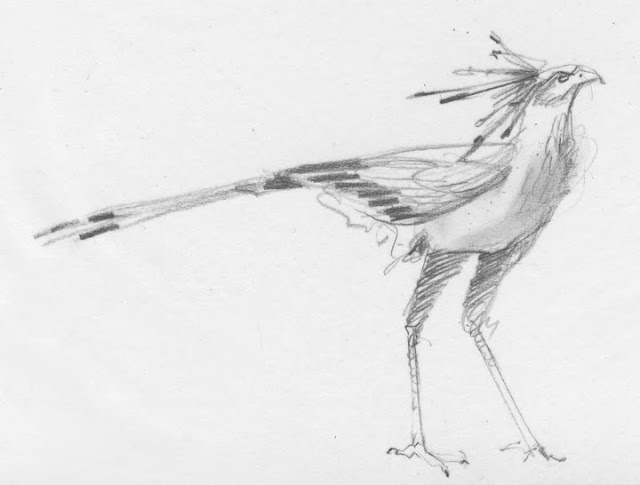 The huge bird hunts by running after its prey in a zigzag manner; stomping with its feet and battering with its wings . . . killing its prey using powerful blows.  The bird will typically hold its dropped wings forward to avoid
being bitten by a snake.  Below is another drawing from my sketchbook. 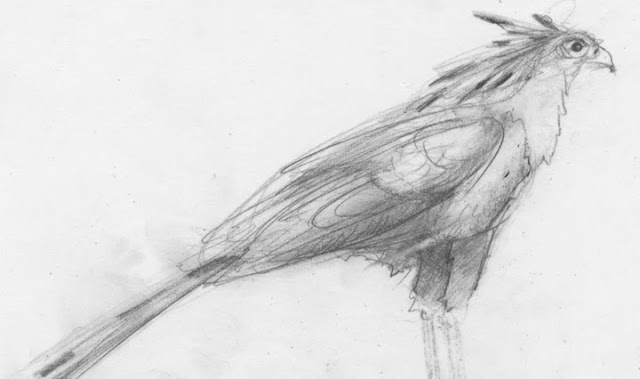 Unlike other birds of prey who, for instance, soar to hunt . . .   the Secretary Bird has relatively poor flying skills;
however they are capable fliers and have been spotted as high as 12,000 feet.
They are frequently seen in pairs and like most large birds, are believed to mate for life.

Below, are additional drawings from my sketchbook. 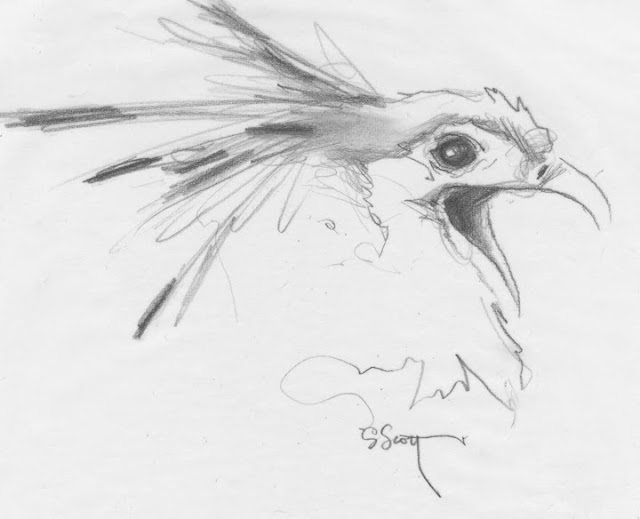 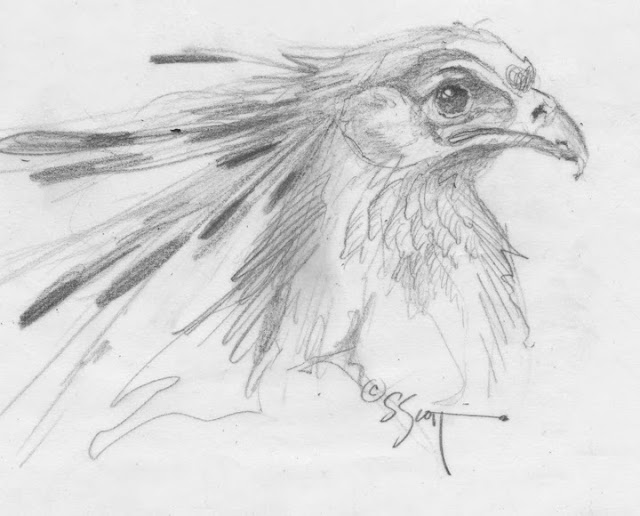