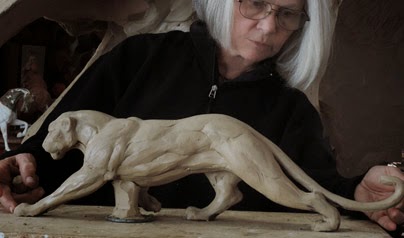 The role of reference is to inspire thoughts and give anatomical data and proportions.  I recently completed the sculpture of a Cougar shown at right which I posted on the previous blog.

Each individual animal has different shapes and characteristics that are unique to that species.  My goal is to recognize and capture that individuality and this post compares
the anatomy and proportions of large cats.


While I've only seen a Cougar in the wild twice and both times in Wyoming from a distance, I recently
spent many hours researching the animal in my library and reference room which is attached to the studio.
Research puts me in the "zone" artistically and when I'm there I accumulate everything I can such as
drawings, photos, notes. books, video, clip file,  taxidermy, skulls . . . anything that that makes me
live, think, see, feel, dream, and understand the animal I'm working on.

While cats such as Cheetah, Leopard, and Lion have similar anatomy, their proportions, skeleton, and behavior are very different.  For more info and anatomical and skeletal data and comparison . . . see blog #479 posted Nov. 17, 2013 thru #483.  Also refer to blog #496 posted Jan. 15, 2014.  Comparative anatomy is an important research consideration.


I am fascinated by the motion, movement, and stealth-like behavior of North America's Cougar.
Cougars are slender, agile, secretive, solitary and considered nocturnal predators . . .
They typically hunt by stalking and ambushing and must feed exclusively on meat to survive.

They are very athletic and can jump, climb, and swim. The Cougar (Felix concolor) holds the Guinness record
for the animal with the highest number of names. It has over 40 names in English alone!  Among them:
Cougar, Mountain Lion, Puma, Panther, Jaguar, Catamount, and the list goes on!

The beautiful Cougar can weigh as much as 300 pounds and can be nine feet long including
the tail which like most cats, is used for balance.  Like all cats, the Cougar's bones are joined together very loosely
which allows extreme flexibility of the spine and scapula.  The scapula is so loosely bound to the ribs that they can push up above the spine when the animal crouches.  Cats, in general, are so supple and flexible that their
front limbs (arms) are capable of almost as many motions as our own.  There are five fingers on either hand though the thumb is smaller and higher up than the others, but on the foot, there is no dewclaw and only four toes.

Below, is the Cougar's skeletal silhouette compared to a house cat. 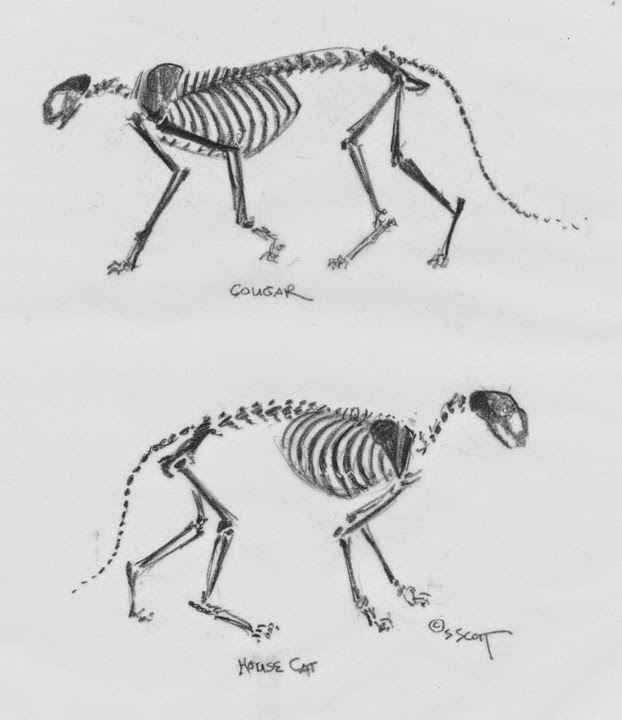 Much can be learned about large cats by observing your house cat.  Below, is a sculpture entitled "Preening Cat".
Note the flexible vertebrae of the cat's back . . .  most quadrupeds, including dogs, are more
rigidly constructed and do not have the extreme flexibility of the spine. 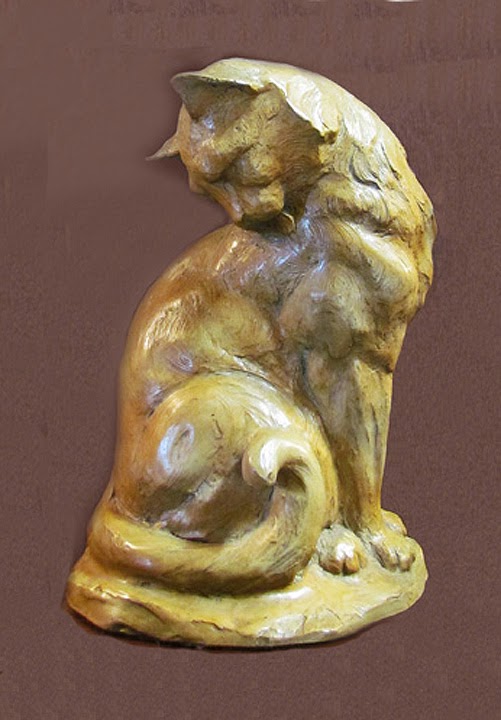 Cats have supple and flexible bodies and move with stealth and agility.  Below, are extraordinary examples of cat sculptures by famous artists of the past.  Note the flexible spring-like spine in all works.  The first example is
"Tiger Devouring an Antelope" by Antoine Louis Barye (1796 - 1875). 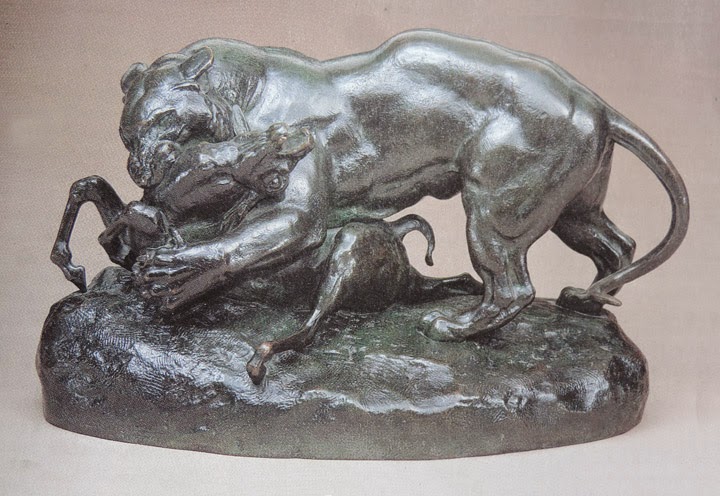 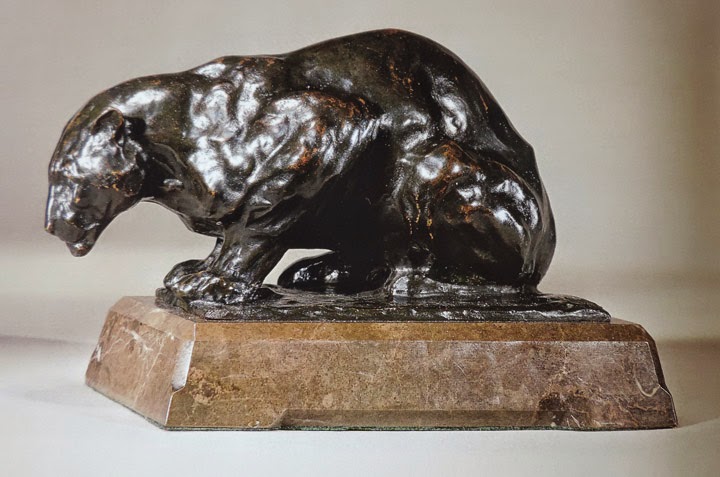 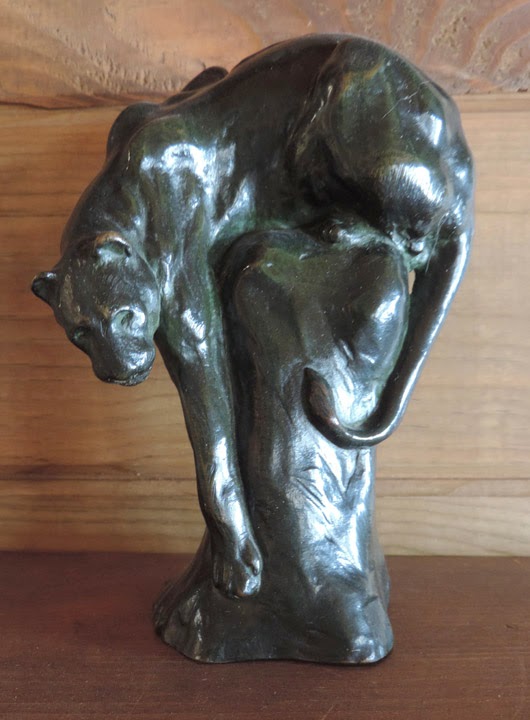