#578 In the Field: Birds of the North Country 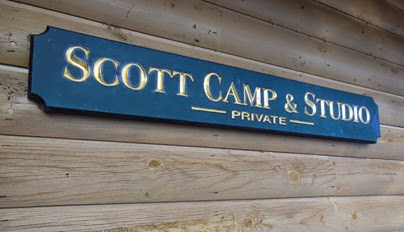 Our season in Canada is over and the island studio on
Lake of the Woods is cold and dark now.  Like many of the birds
. . . we, too are headed south.

The cabin has been drained and closed up for the winter
and as we cross the Canadian border, I'm thinking about the
coming frigid weather that will soon envelope the North Country. 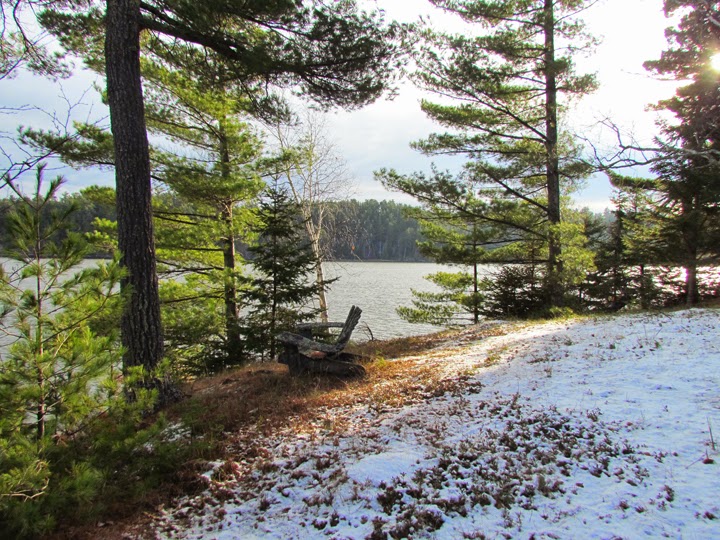 The cold weather came early this year yet there were sunny and mild fall days in October for crappie fishing and walking the logging roads in search of grouse . . .
on cold, blustery days we worked in the studio by the warmth of a birch fire.
Some years we've stayed into November until the shallow bays  start skimming with ice but the Wyoming studio is waiting and there's work to be done there.

Below, is an original watercolor- tinted etching entitled, "Down From Canada".
Also shown is a pair of etchings entitled, "Dabbling Duck Decoys and "Dving Duck Decoys".
These etchings, like so many of my wildlife etchings, were inspired by time spent in the North Country. 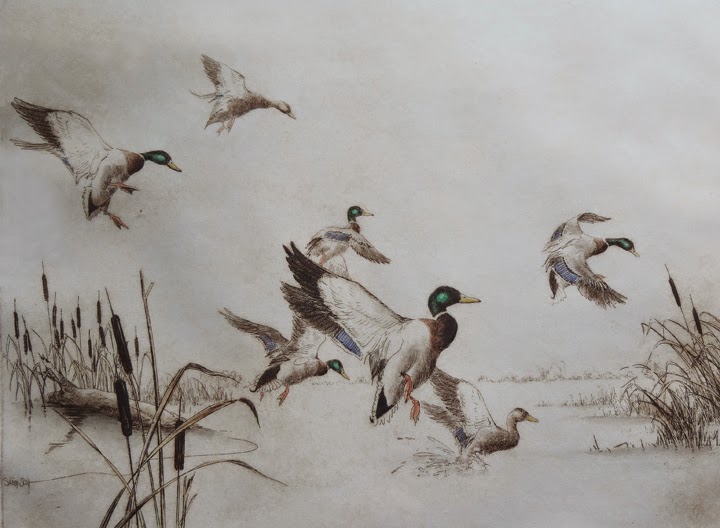 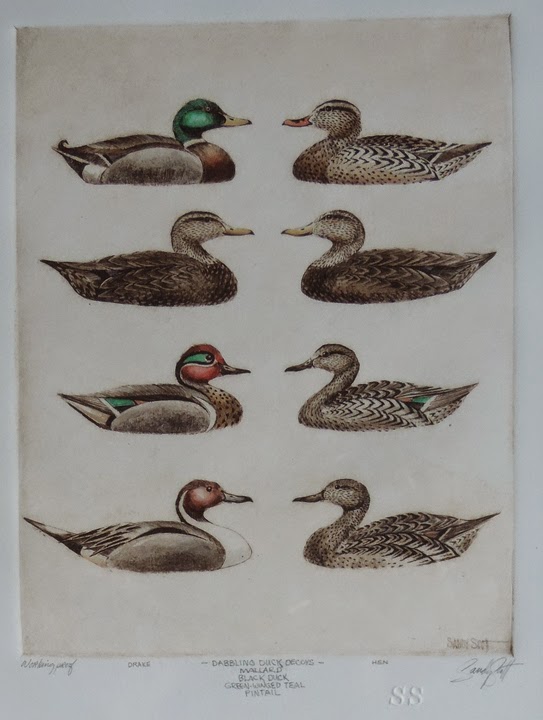 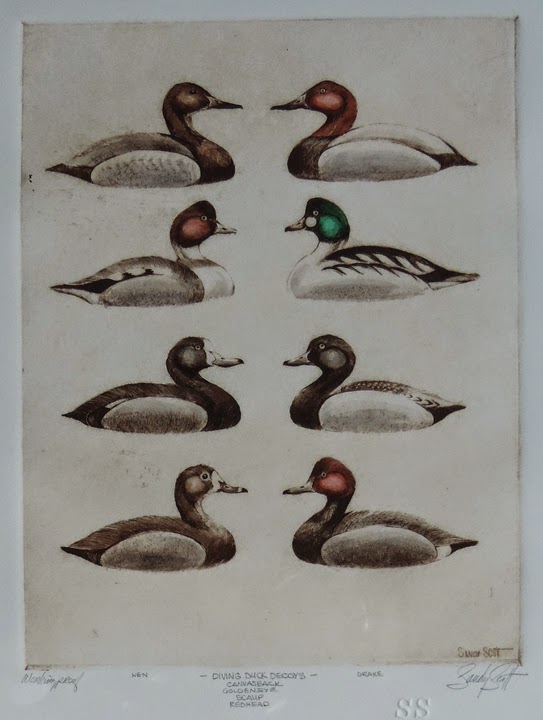 As the days shortened and became colder, many birds left . . . the pelicans and some shorebirds
headed south in September and the loons soon followed in October.  A few migrants remain but as the
lake freezes, they leave and search for open water, more moderate climate, and their eventual nesting area.
Geese, ducks, cormorants, gulls, terns, and a few other migrants have either left or soon will be on their way south.
Mergansers can be seen in the fall and among the last ducks to migrate are the hardy little Bufflehead and bluebills.

The distant pop of shotguns can be heard in the mornings and evenings
as hunters pick up lingering Mallards, Scaup (called bluebills), and Canada Geese.

Below, is an image of an American White Pelican taken in September not far from our island
before the beautiful birds started their journey south.
It is estimated that more than 15% of White Pelicans in the hemisphere nest on Lake of the Woods. 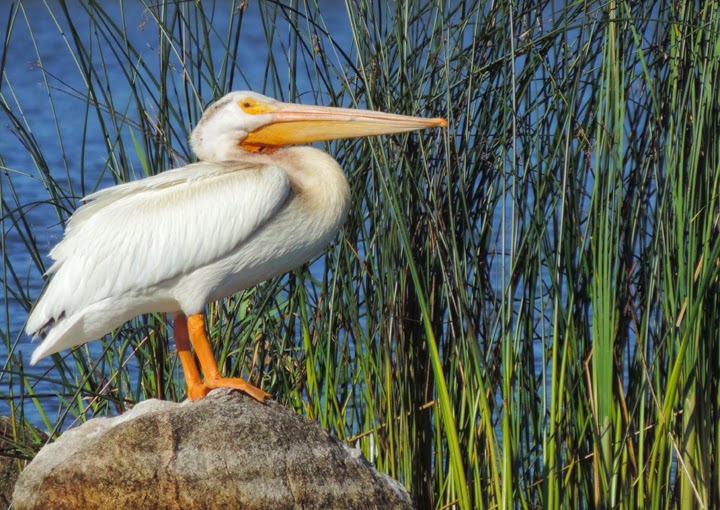 Below, a flotilla of mergansers as well as Canada Geese, and a resident loon with it's rich black
color changed to a seasonal dull gray, can routinely be seen off the point in front of the cabin during the fall.
Migrant species disappear slowly as their numbers trickle out with the coming cold weather. 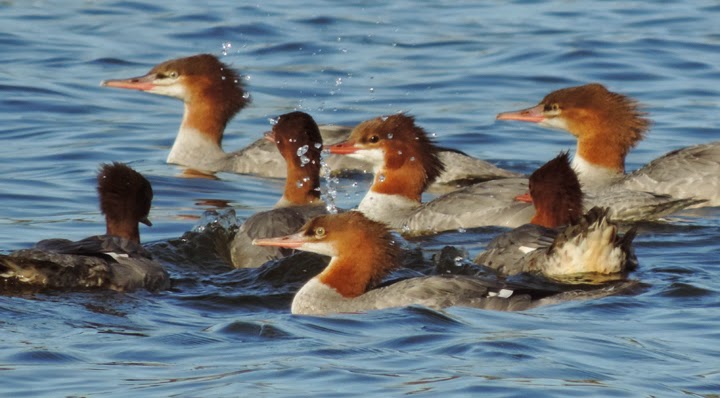 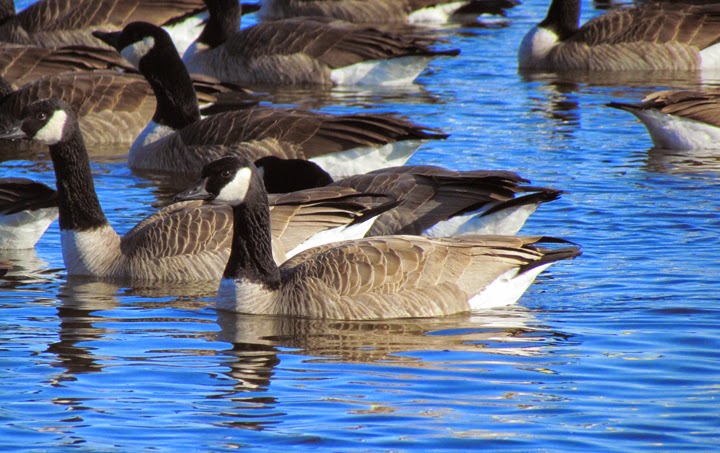 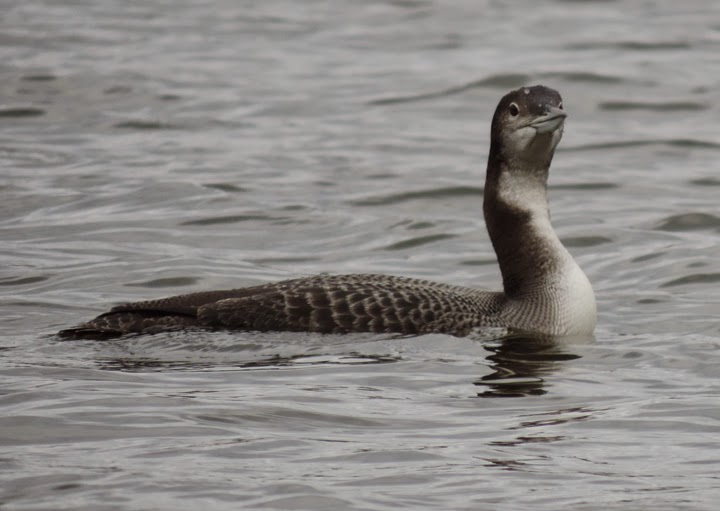 Below, is an image of cormorants drying their wings with gulls close by.
Sketches from my ever-present sketchbook are also shown. 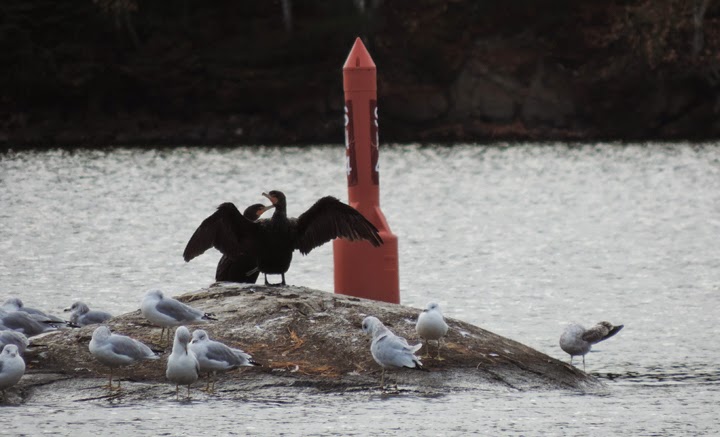 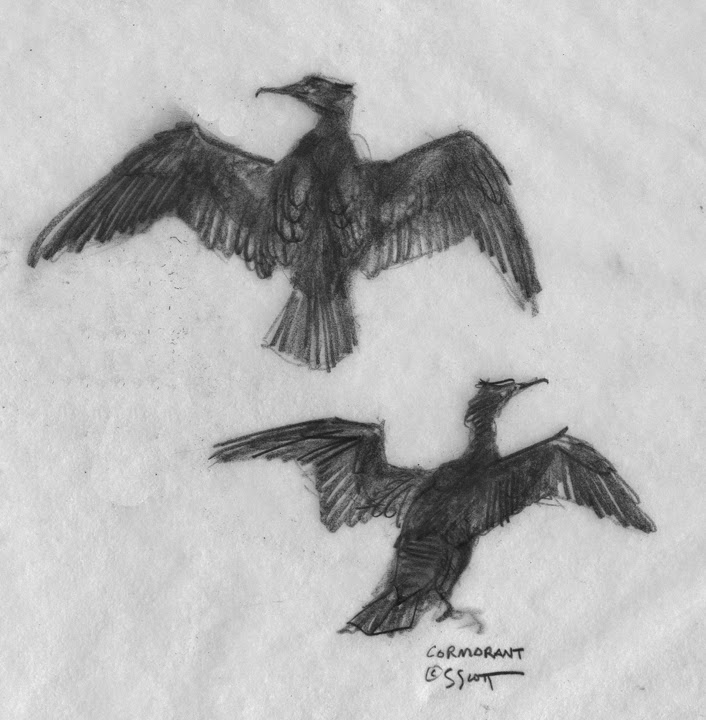 Three major biomes are in confluence in the Lake of the Woods region, resulting in a great diversity of bird life.
The thousands of uninhabited and remote islands offer great habitat to over
300 species of birds at one time of the year or another.


Go to the BLOG INDEX on the right for more information.