Four new small sculptures were created this summer depicting the Big Four of the Rockies . . .
the Grizzly, Moose, Bison, and Elk.  They will be introduced next month at Wilcox Gallery
in Jackson, Wyoming in conjunction with the Western Visions Exhibition at the
National Museum of Wildlife Art.
The focus of this blog is the Elk. . . also called Wapiti.

Elk, like Moose, are members of the deer family, are plant-eaters, and have antlers instead of horns.
Antlers are grown and shed every year and given an adequate diet, the subsequent sets are larger.
New antlers are soft and tender and are covered with "velvet" . . . a layer of skin with short, fine hairs
and a network of blood vessels to nourish the growing antlers.  By summer. the antlers stop growing,
the velvet dries up and the animal rubs it off while preparing for the mating ritual called the "rut".
Antlers shed after mating season.

In the Rocky Mountains, the screaming bugle of a bull Elk during the mating season
is as much a  symbol of autumn as the golden aspen leaves or the honking of migrating geese.

Below, are images of the clay model in progress of the new Elk sculpture. 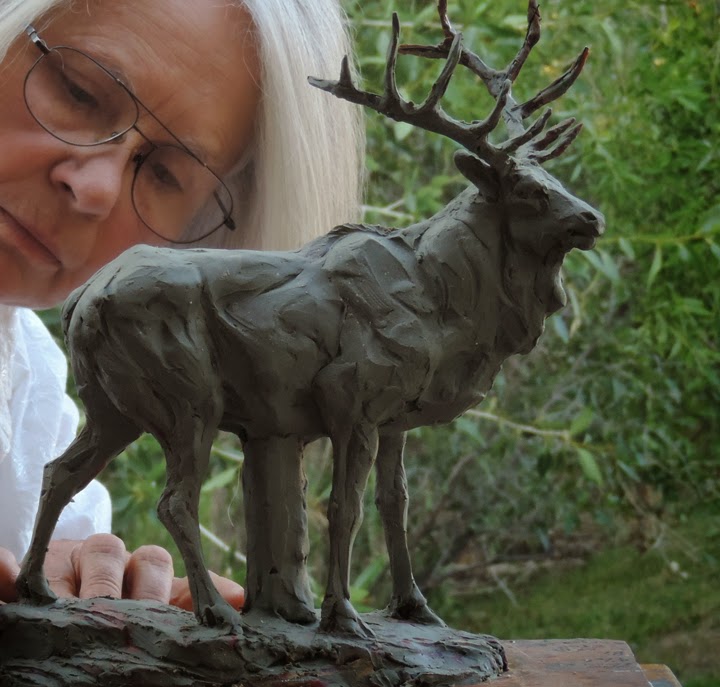 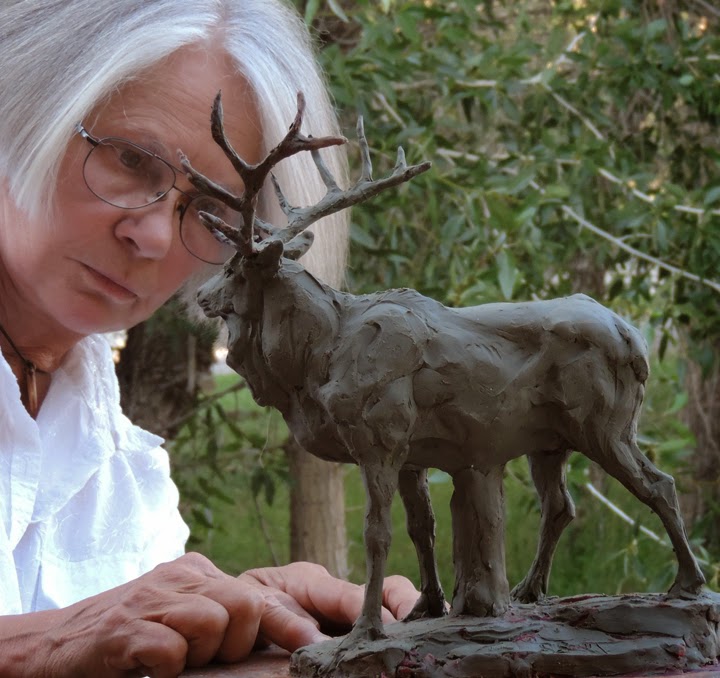 All mammals, including deer, cats, bears, horses, humans, etc. evolved from the same prehistoric source and although their skeletons are fundamentally the same, I find it helpful to have a drawing of the skeleton of the species I'm working
on in front of me.  For more info regarding "Nature's One Pattern", please link to blogpost #448; July 31, 2013. 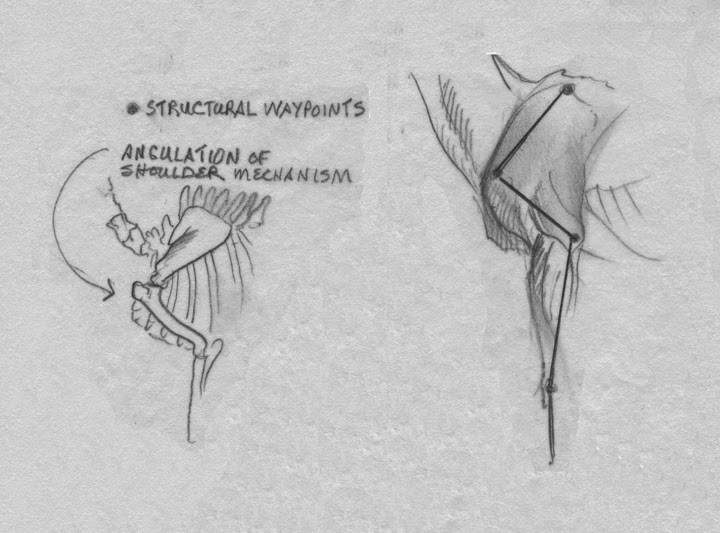 Below, are drawings from my sketchbook. 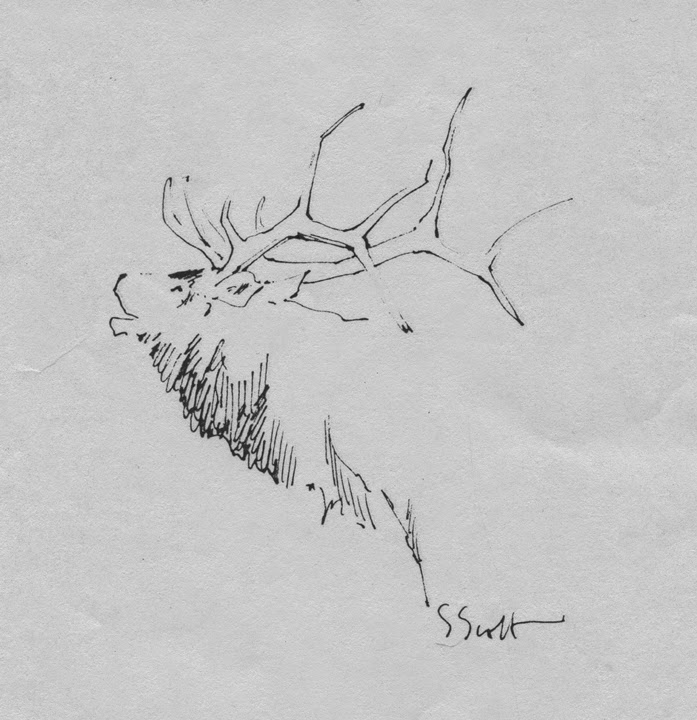 Below, is an image of an original etching of an Elk. 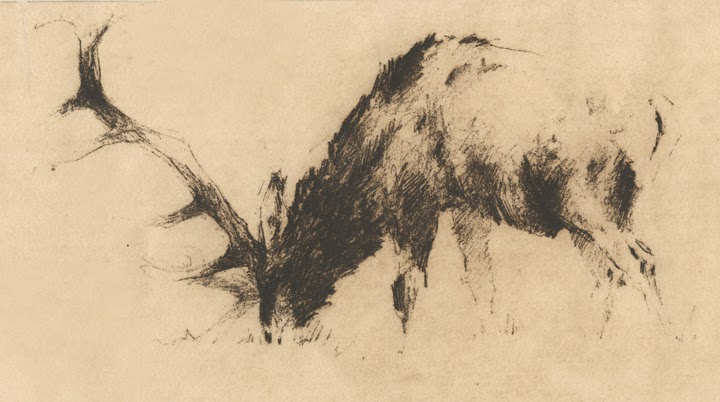 "For the animal shall not be measured by man.  In a world older and more complete than ours,
they move finished and complete, gifted with extensions of the senses we have lost or never attained,
living by voices we shall never hear.  They are not brethren, they are not underlings; they are other nations,
caught with ourselves in the net of life and time, fellow prisoners of the splendor and travail of earth."

For a complete list of the blog index go to the Index Page and
type the subject in the Search This Blog link on the upper right.