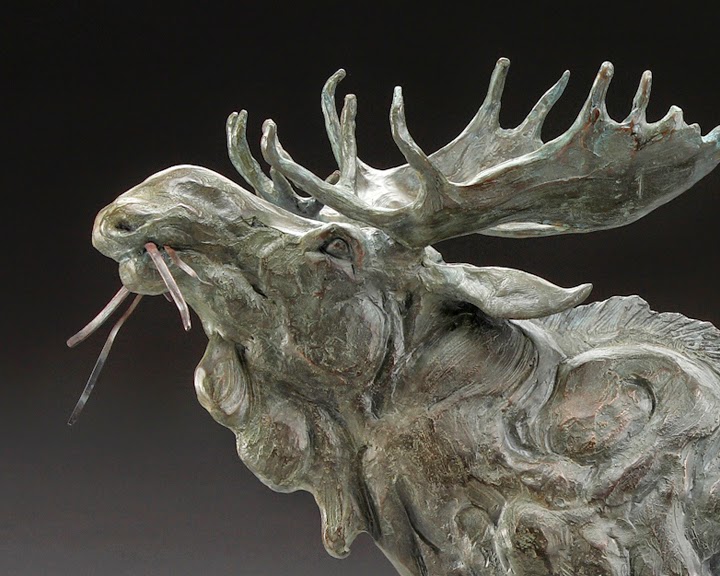 While in the Colorado high country last week, we encountered moose every day. The focus of this post is moose.

Shown at right, detail of the bronze, Red Willows


Although moose were abundant in Colorado in the pre-1800's, they were hunted to extinction by
Native Americans and early white settlers.  In 1978, four bull moose and eight cows, one with a calf,
were released in northern Colorado and the reintroduction has been an overwhelming success.

Below, are images of the Shiras moose taken last week in the Colorado Rocky Mountains. 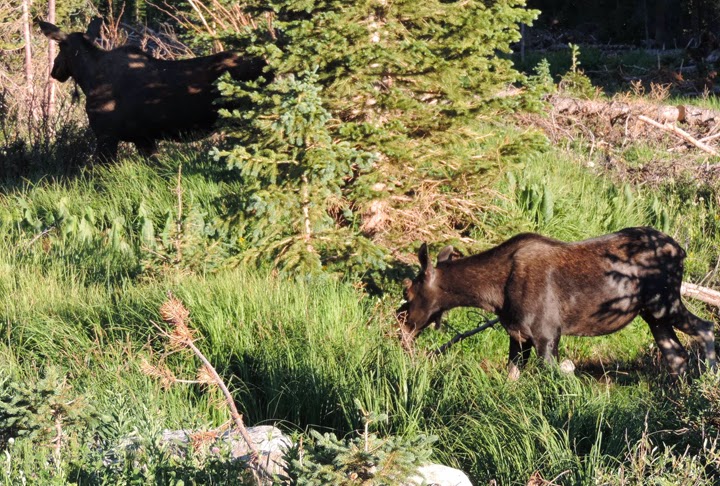 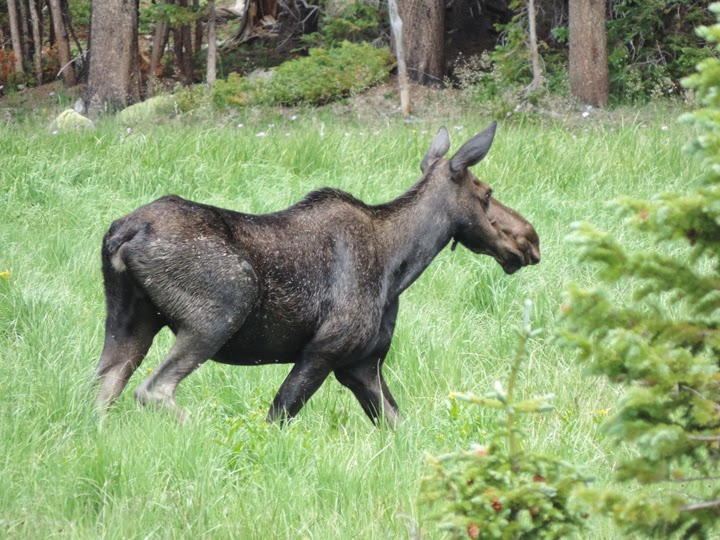 We saw the cow and calf shown below every day while we fished our favorite high-mountain trout lake.
The water was shallow in most places and one day we saw the cow stroll out to feed on the lush vegetation with the calf following.  The calf ventured in but turned back when it's knees were just above the water and returned to the safety of the woods while the cow waded to deeper water and fed.   After a period of time, the cow grunted and the calf emerged from the woods as the cow waded to the edge of the water.  The calf nursed and then both sauntered back into the woods. 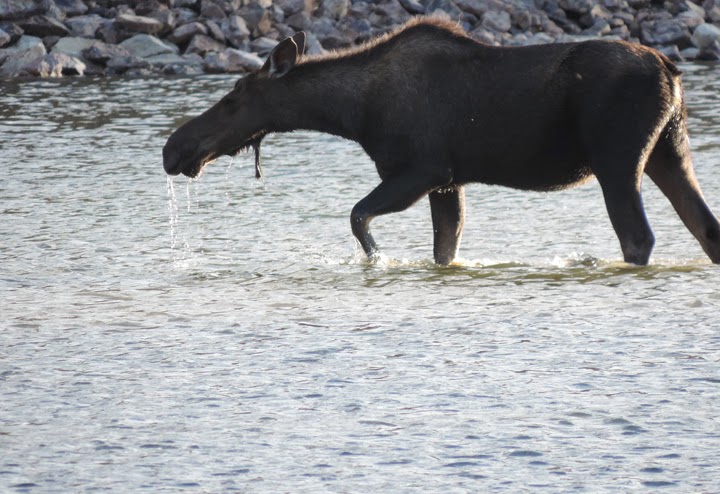 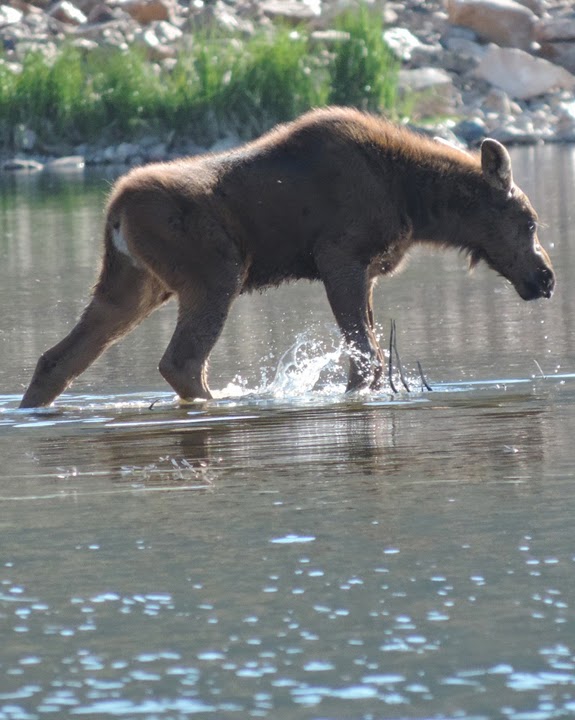 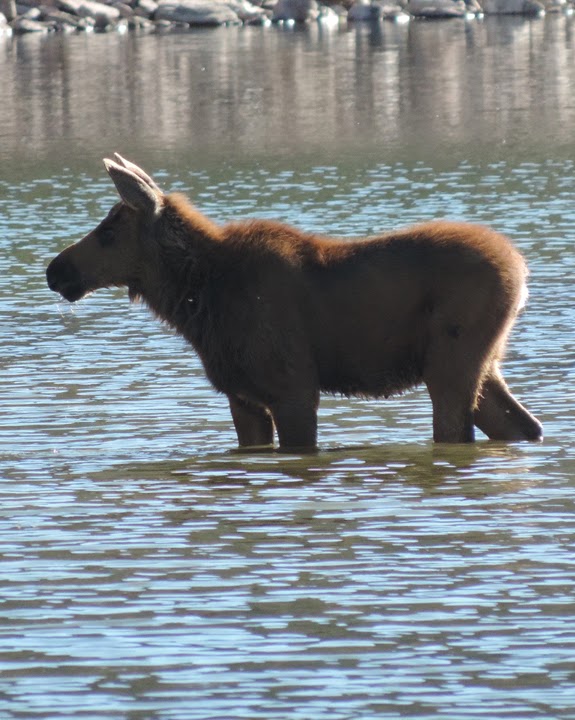 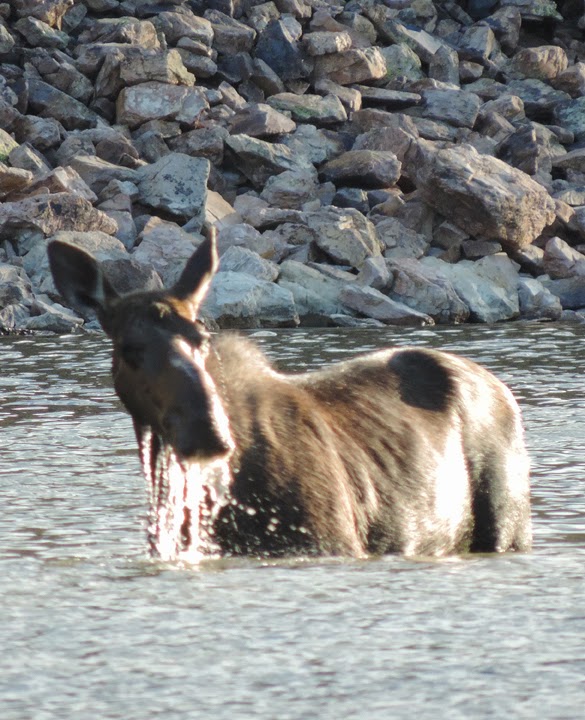 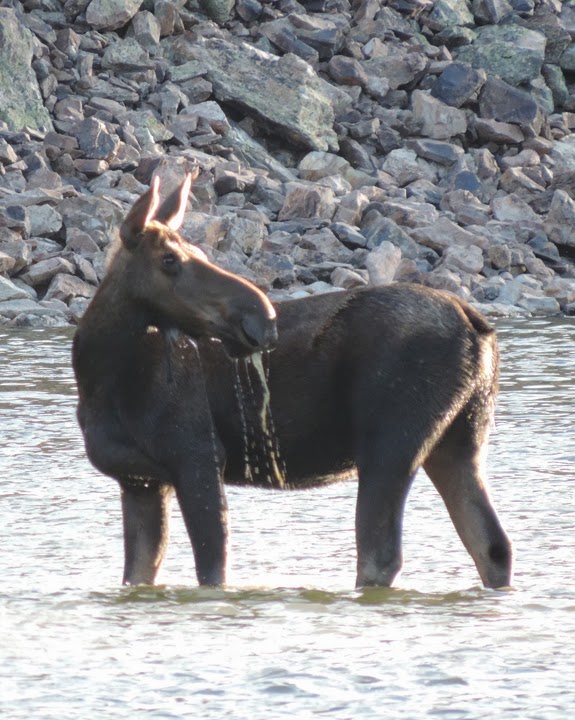 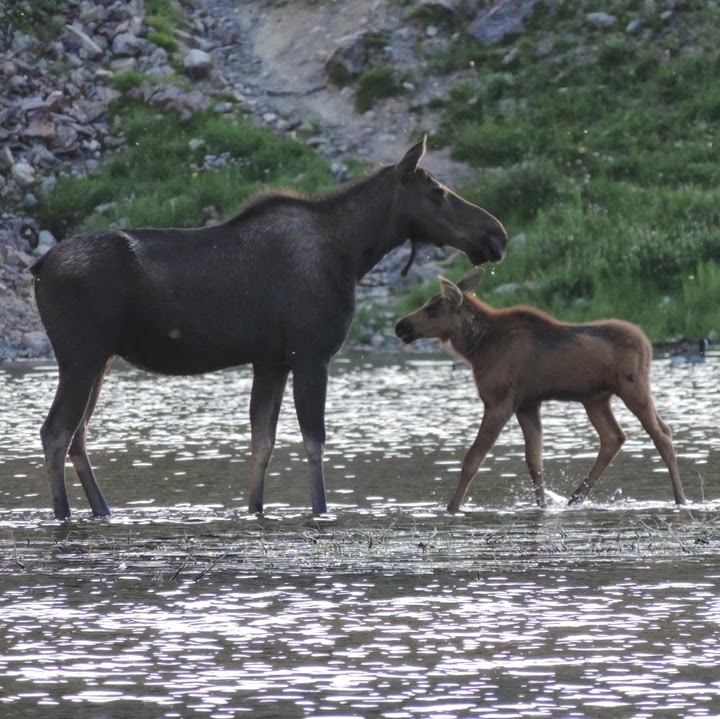 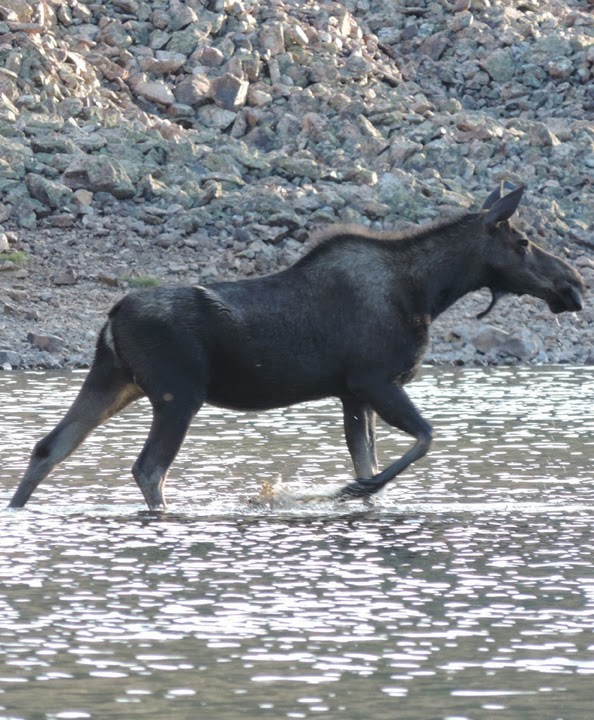 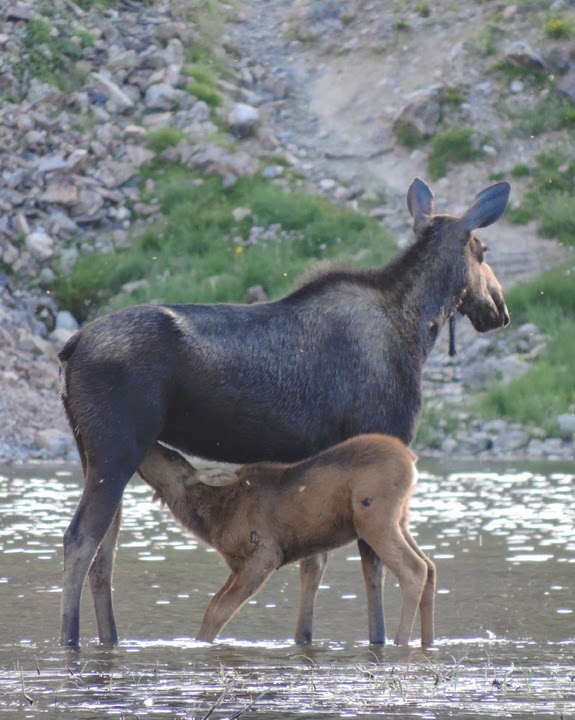 I sketched and photographed moose everyday on the trip. 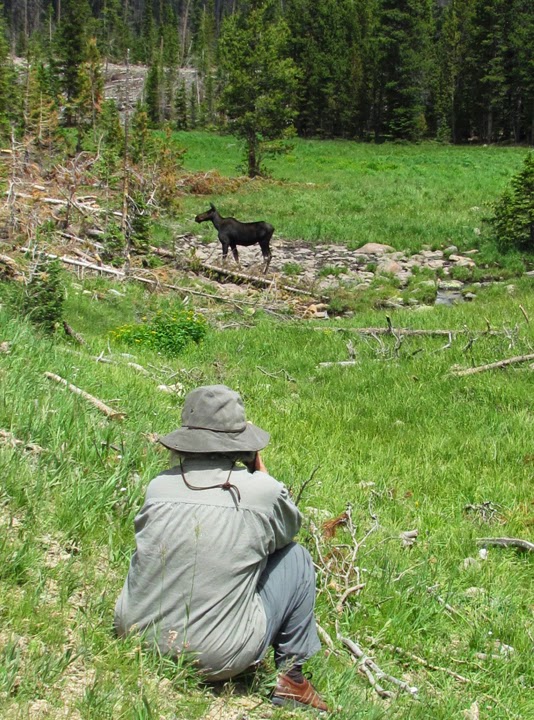 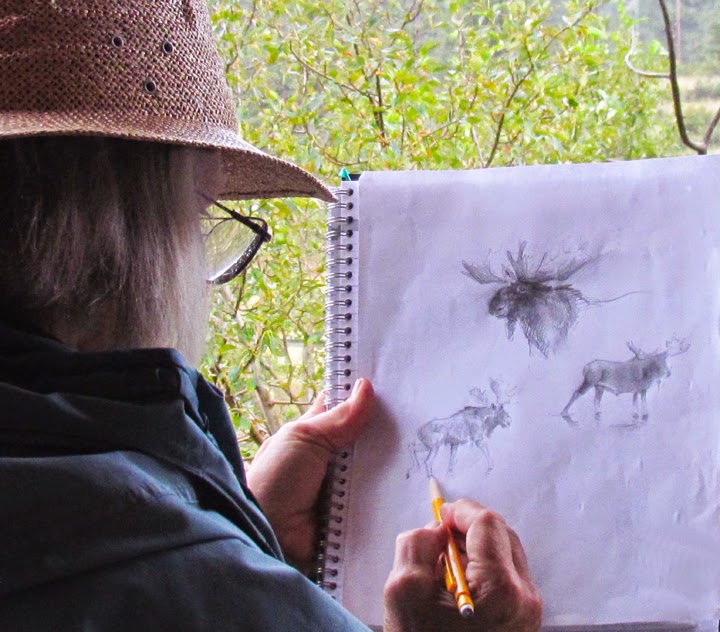 Below, an original etching entitled Mossback 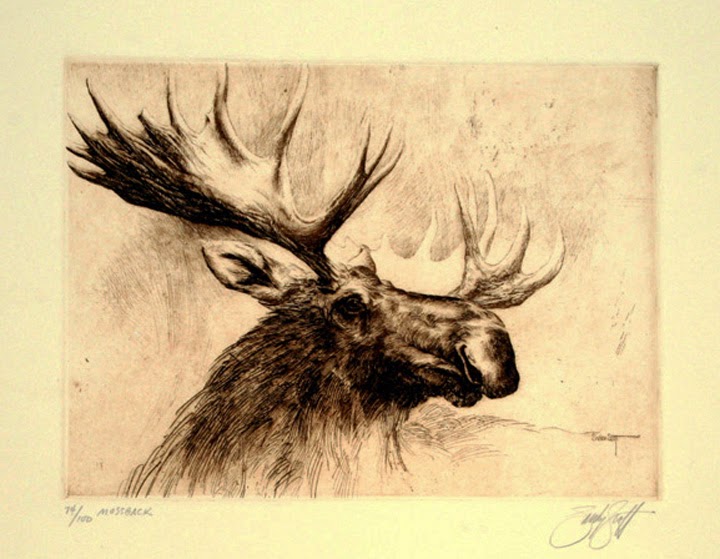 To learn more about the subjects go to the links below.

For a complete list of the blog index go to the Index Page and
type the subject in the Search This Blog link on the right.