Several days ago, Trish and I returned from an incredible and productive field trip to Africa with a group of artists. African Wildlife Trust, in conjunction with Safari Legacy hosted the event in Tarangire National Park, Tanzania.
We photographed, sketched, painted, observed, and experienced the amazing wildlife that Tanzania has to offer. 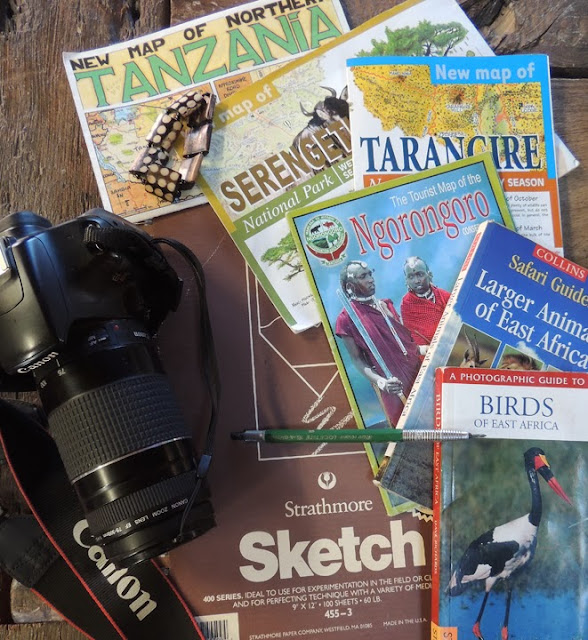 The purpose of the trip was and is to raise awareness and funds to combat the international poaching crisis . . . particularly in hard-hit Tanzania, where ten of thousands of elephants are slaughtered annually for their ivory tusks. 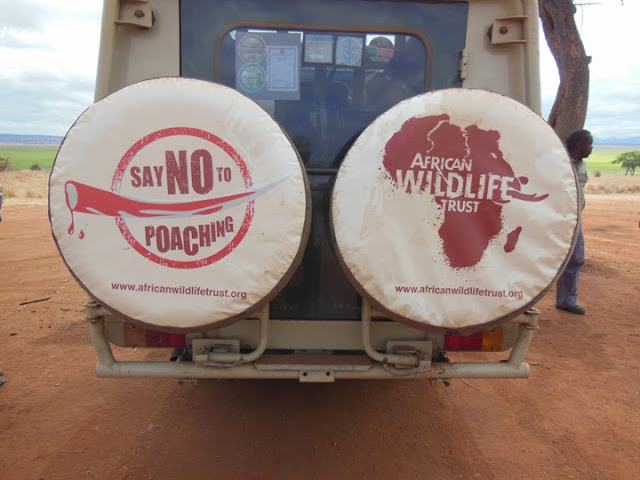 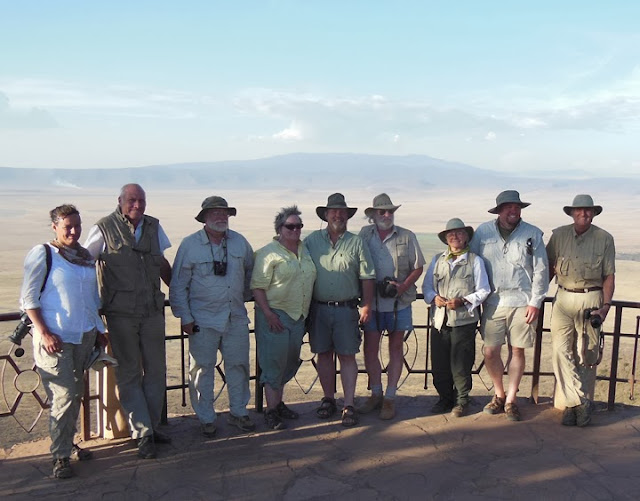 Our group of artists was hosted by Kikoti Camp.  The beautiful and unforgettable camp, located a few miles from Tarangire Park,  was reminiscent of a Hollywood set or a scene from the movie, "Out of Africa". . .
stunning in its remote setting, charming with its good food and amenities, and alive with wildlife. 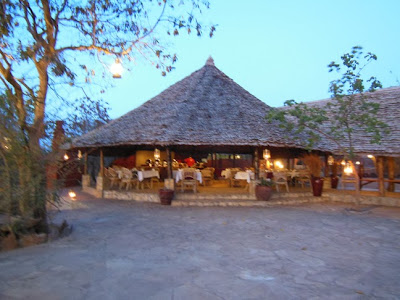 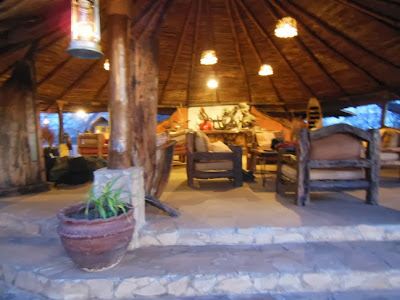 Below, preparing for dinner as the sun sets over Tarangire. 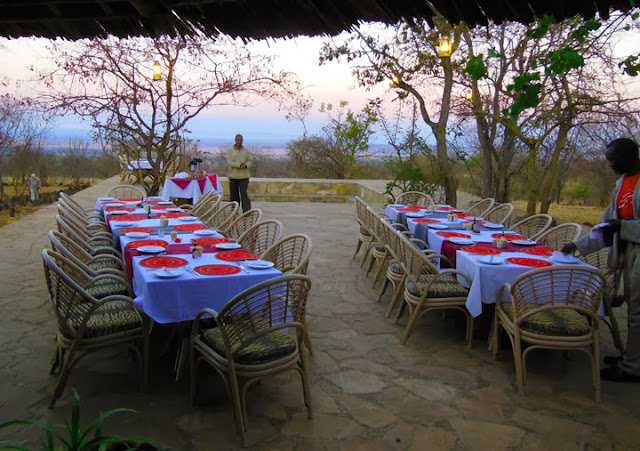 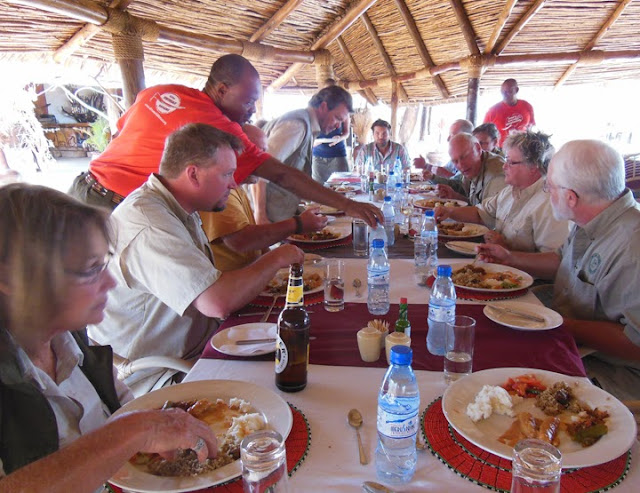 Below, Trish and I enjoy breakfast at Kikote Camp. 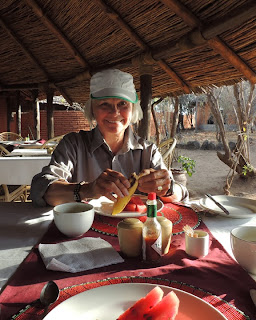 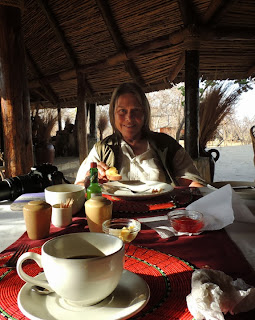 Below, Maasai tends the fire at Kikoti Camp. 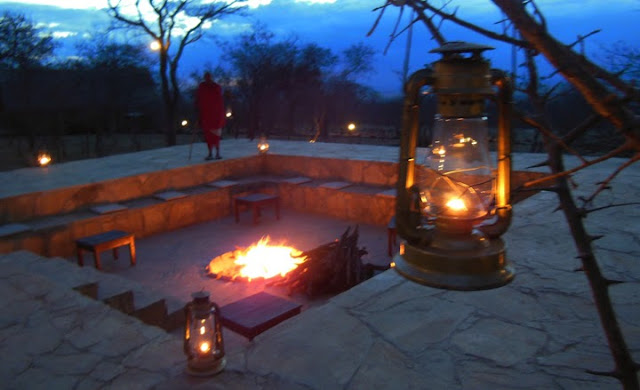 African Wildlife Trust is an African based NGO that was developed out of concern and spreading much needed awareness for the excalated poaching crisis in Tanzania.  Ongoing projects include establishment of anti-poaching units and working with a team of conservation consultants to focus on proactive, effective wildlife law enforcement.

As "artist ambassadors" and in an effort to raise awareness and funds, we are planning several museum and gallery shows of artwork that will be created as a result of the profound wildlife experience in Tanzania.

Below, is a photo of a female waterbuck.  A loose herd of mostly females were routinely seen at Kikoti Camp.  Waterbucks have a strong odor that humans can smell from 1500 feet. 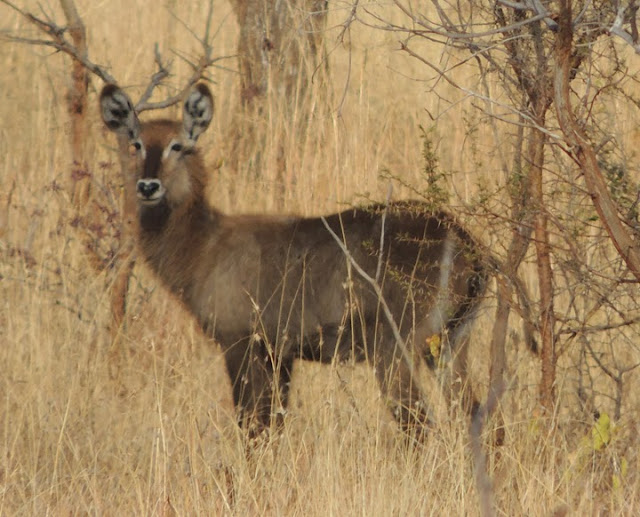