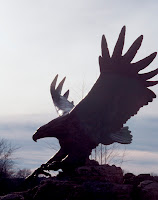 Last fall I was asked to create a small study of a previously executed eagle monument entitled Noble Eagle, Spirit of America.  A larger maquette had been designed as a precursor to the colossal monument . . .  but a study, which is a smaller version of a maquette, did not exist.

Shown at right is the monument and shown below are a series of pictures that depict the creation of the monument.


Shown below, is the recently completed small study of the eagle monument.  Although a clay sketch was created
similar  to this several years ago, it was never cast.  The monument was so enormous that a larger maquette
was needed in order to increase the size of the sculpture and obtain correct proportions.
Shown above is the larger maquette being used as a guide. 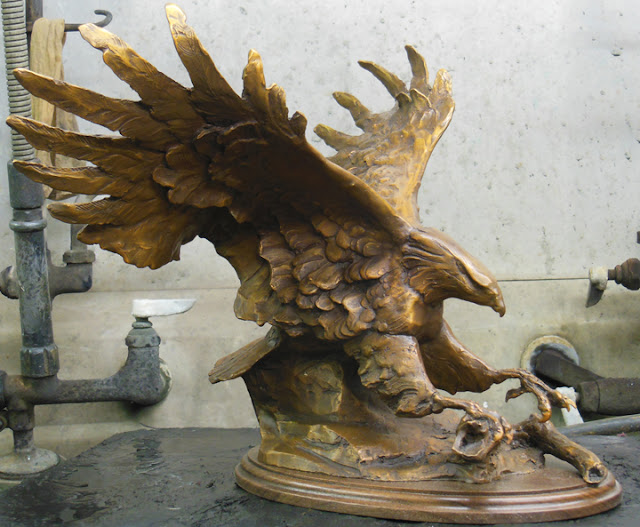 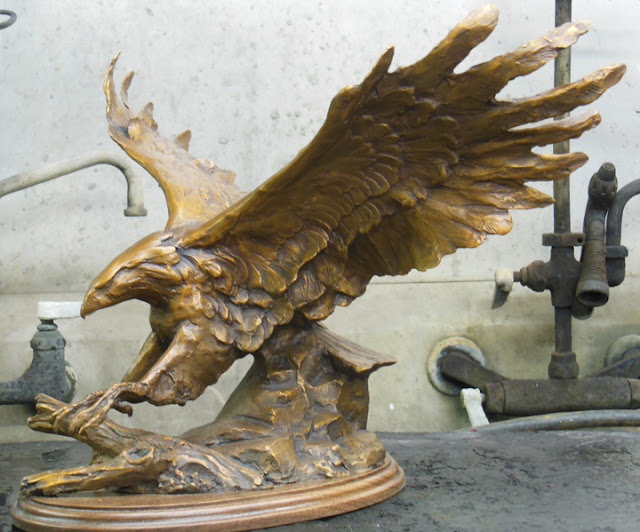