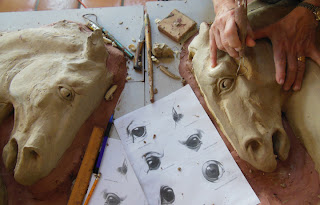 Equus Found Fragments I & II were inspired and influenced by the four stallions on the facade of the Basilica of San Marco in Venice, Italy.  The powerful equine masterpiece is the only quadriga known to have survived from antiquity.  I have seen
and photographed the sculpture several times over the years.

While modeling the eyes, I created a negative shape - called a lunula - which is a half-moon device that picks up a deep shadow and highlight in the eyes of horses.  This technique
was used in Roman sculpture of the second to fourth century. 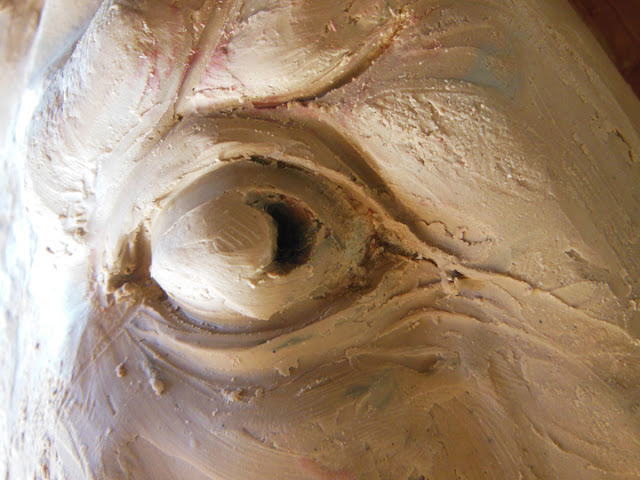