All mammals, including horses and humans, evolved from the same prehistoric source.
Therefore, it's logical that their skeletons are fundamentally the same.
Quadrupeds, like humans, have two arms and two legs . . .
their two front limbs are arms and their two back limbs are legs . . . as illustrated
below, are images of the human on all fours and the quadruped. 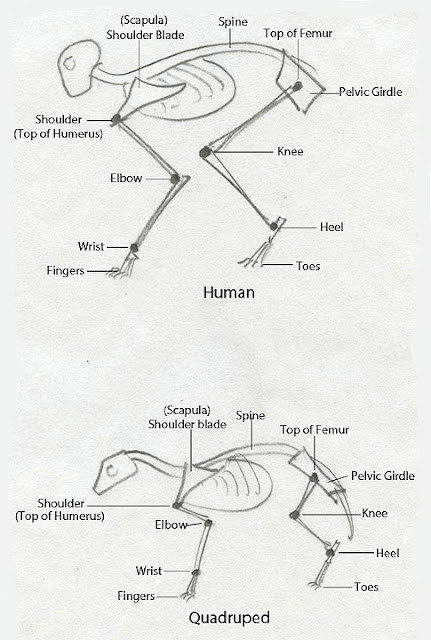 The horse's hind leg - as in every quadruped - is a series of zigzags from the pelvic girdle to the knee,
then to the heel [hock], then forward again to the foot and toe.  Equine feet are radically different from
ours and from other quadrupeds:  A horse's hoof is simply one enlarged toe or fingernail
that has evolved to bear the entire weight of the big animal. 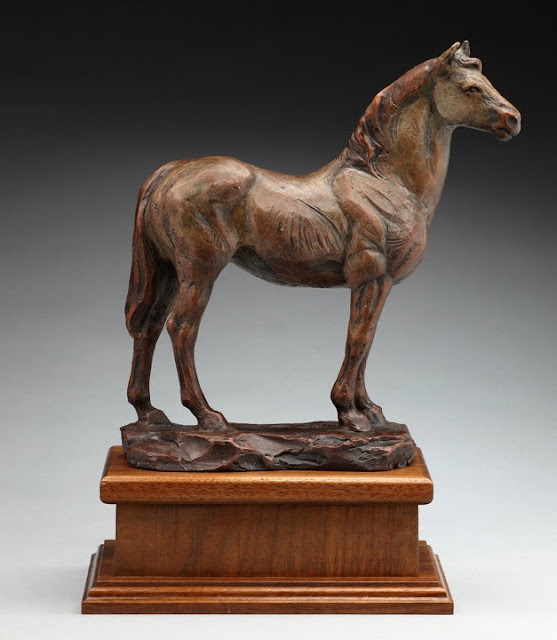 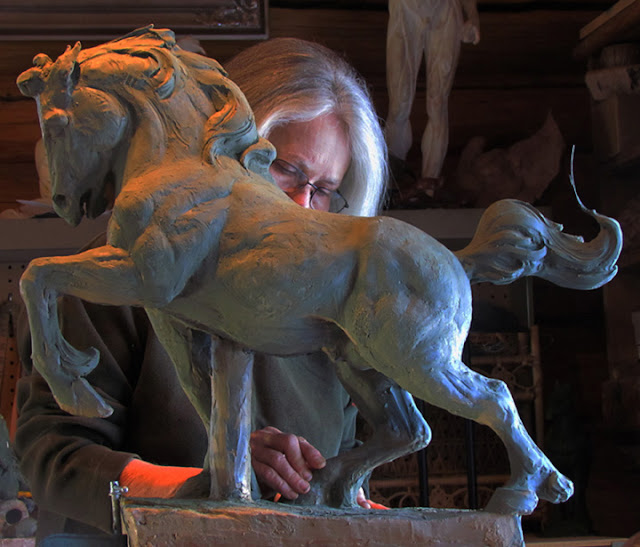