The Wild Turkey was endangered at one time but has made an incredible comeback in population during the last century.  Wild Turkeys are the largest game bird in North America and can weigh as much as twenty five pounds.  Interestingly, early Europeans named the turkey after the Middle Eastern county because they confused the bird with the African
guinea fowl!  Years ago, Europeans referred to all Muslim countries, including those in North Africa, as Turkey.

Although Benjamin Franklin tried to have the big bird adopted as our country's national bird,
the Bald Eagle eventually got the vote and became the symbol of the United States. 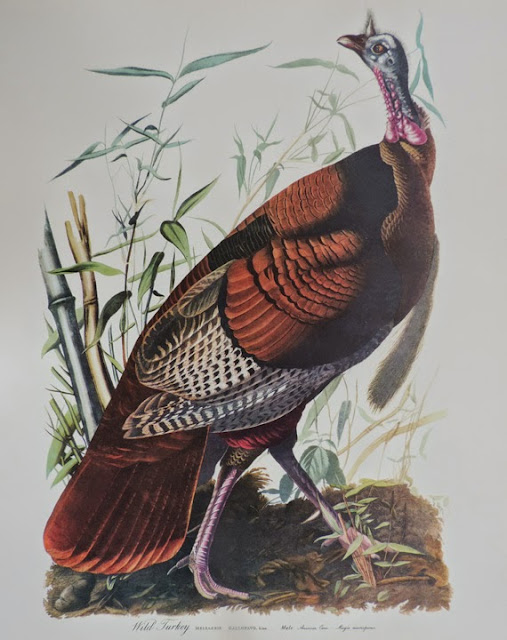 There are five subspecies of Wild Turkeys and each has a different home range.

1. Eastern: These birds live throughout the eastern half of the United States.
2.  Rio Grande:  They are found in Kansas, Oklahoma, Colorado, Texas and some northeastern states.
3.  Merriam's:  Found in the Rocky Mountains, South Dakota, Wyoming, and Montana.
4.  Gould's:  Found in southern New Mexico, Arizona, and central and north Mexico.
5.  Osceola:  Found only in the Florida peninsula.

Wild Turkeys have always been a favorite subject for sculpture, etching, painting, and drawing.
Shown below, is a group of drawings depicting the magnificent Wild Turkey. 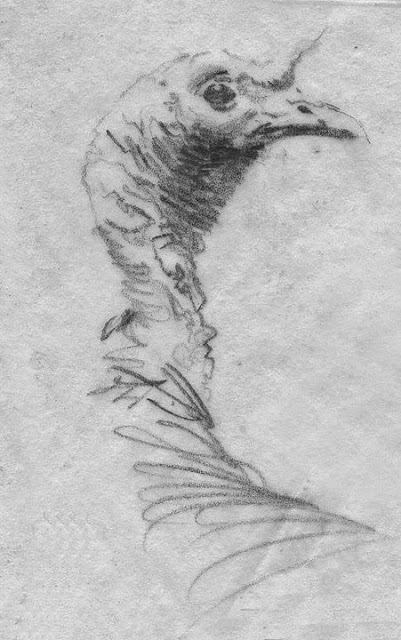 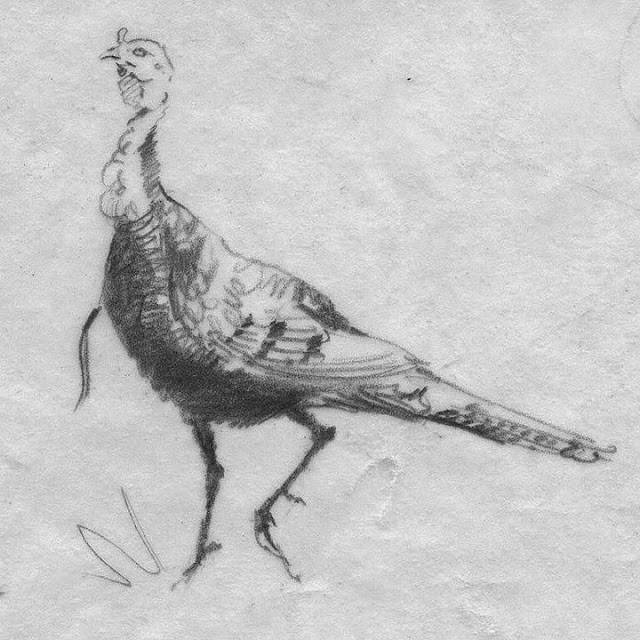 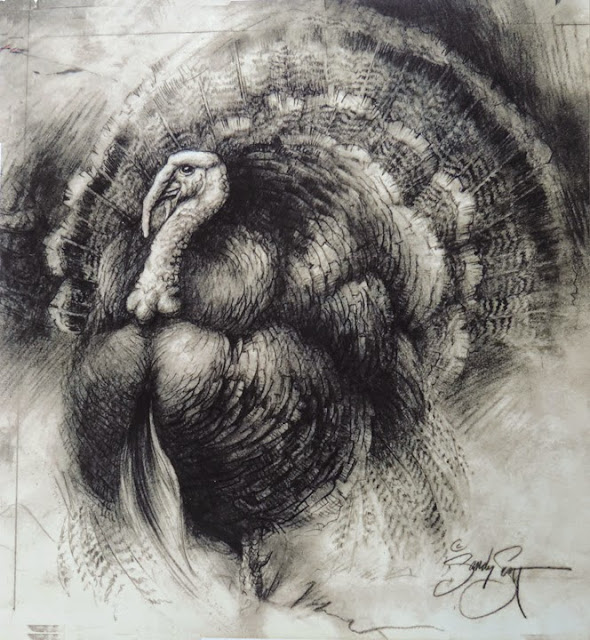 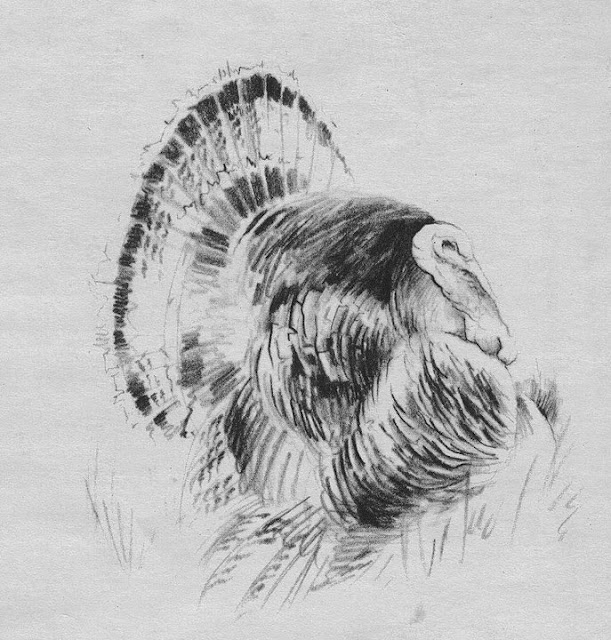 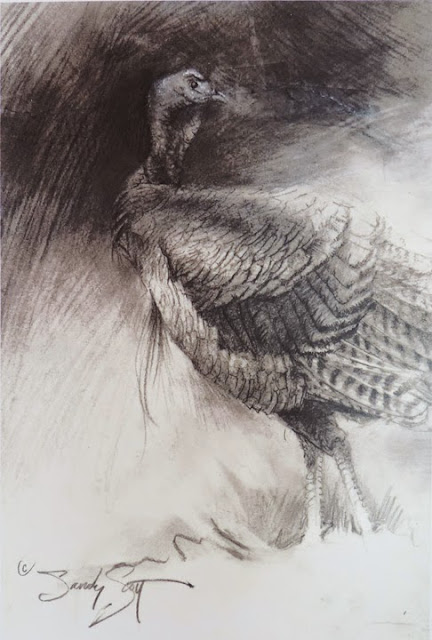 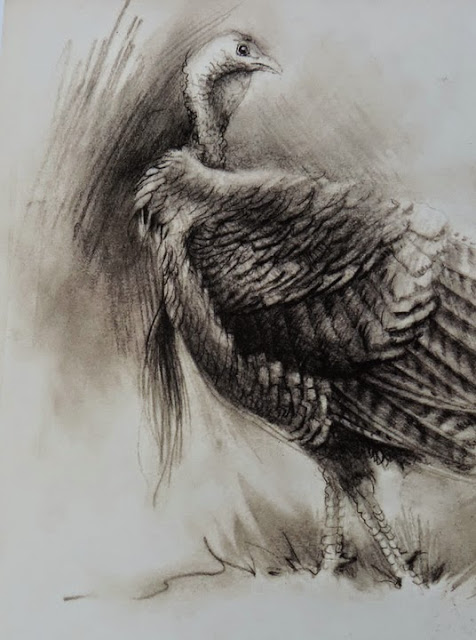 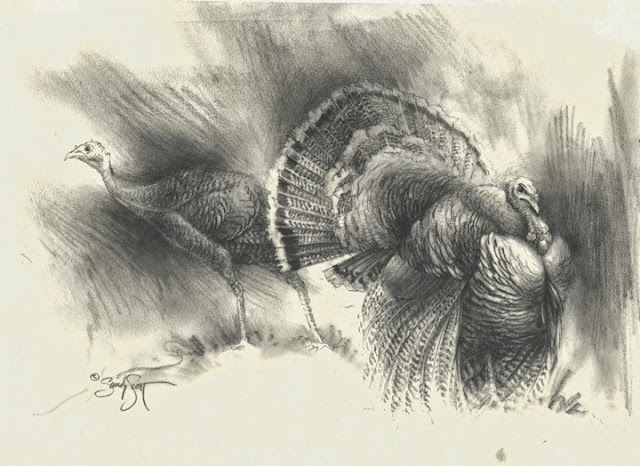 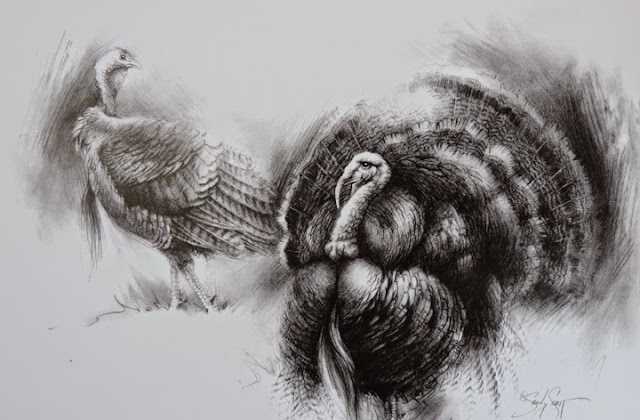