The focus of this post is American sculptor, Anna Hyatt Huntington (1876 - 1973) and her favorite subject: The horse.  Spotlighted are two of her horse sculptures located at Brookgreen Gardens in Murrell's Inlet, South Carolina entitled:  "Don Quixote" and "Fillies Playing".  Additional information about Huntington can be found on the previous two blogs. 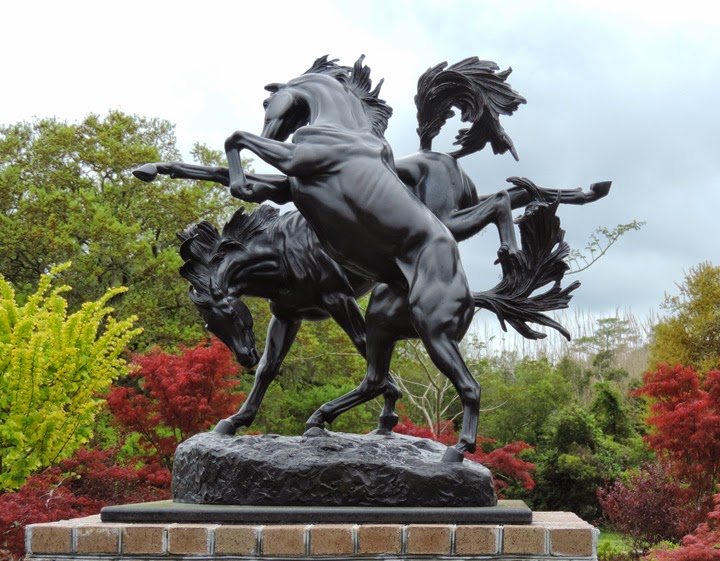 Anna Hyatt Huntington created two sizes of "Fillies Playing" in her studio at Stanerigg Farm near Redding, Connecticut.  The small version (1955) is believed to have never been cast; the large version (1956) apparently was cast only once during the artist's lifetime.  It was cast in aluminum by Roman Bronze Works in New York City, shown at the National Academy of Design, and Awarded the Elizabeth N. Watrous Gold Medal in 1958.  It was then donated by the sculptor
to the University of South Carolina in 1960.  The sculpture shown above and below is a posthumous casting
of the large version made in 2010 by Rome Bronze Studio with new molds from the original plaster model. 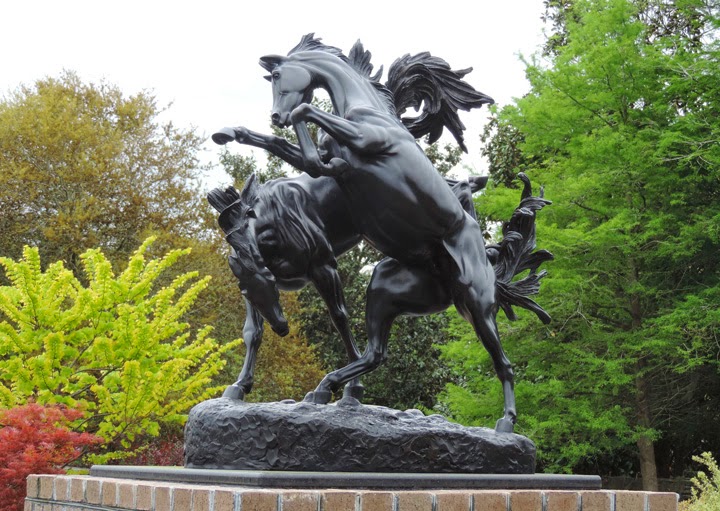 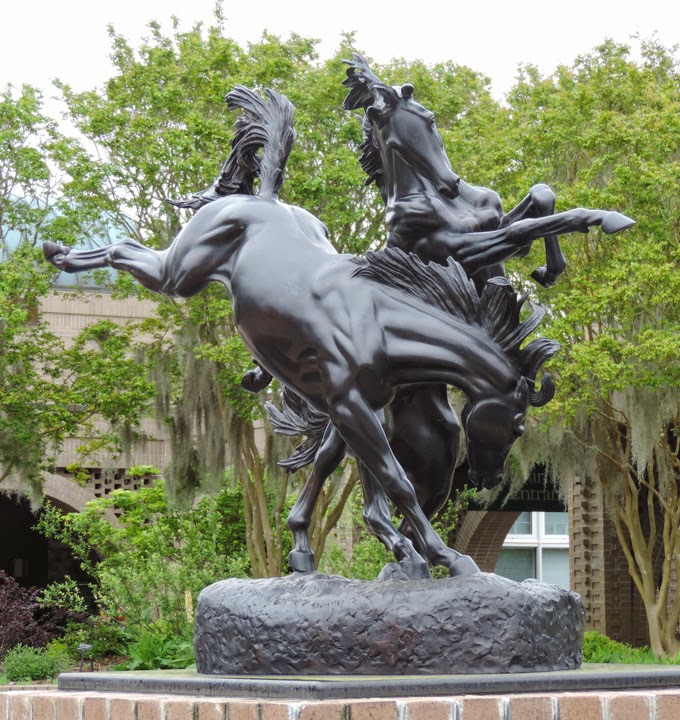 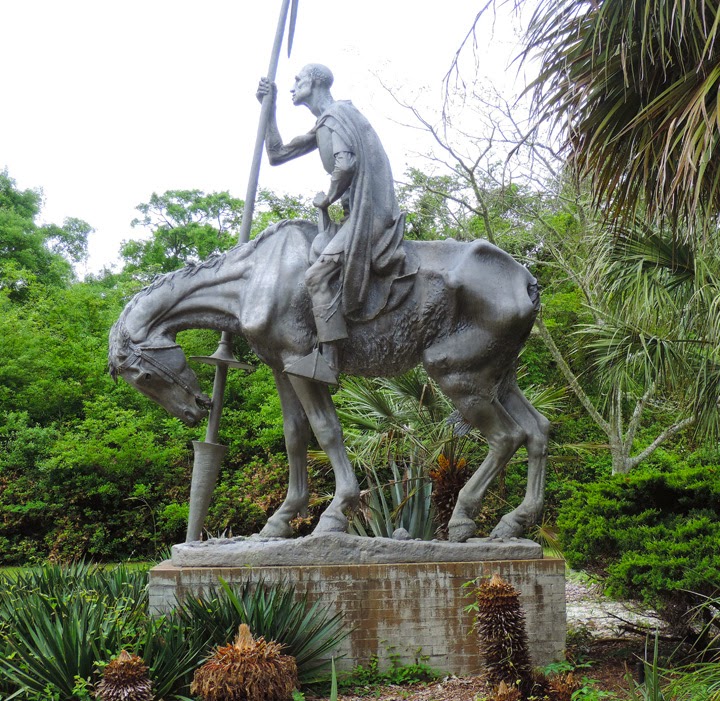 Huntington envisioned Cervantes' famous subject as a pitiful character, rather than a comic one.
She depicted him dazed and confused at the moment after he has lost his joust with windmills.
His dispirited horse, Rocinante, was first modeled in 1937 from local horses at the studio in Atalaya, the Huntington's winter home at Brookgreen . . . (see blog #218, posted April 23, 2012 for more information about Atalaya).
After becoming the first sculptor to use aluminum in 1932, it was often her medium of choice.

Below, are more images of the powerful monument, "Don Quixote". 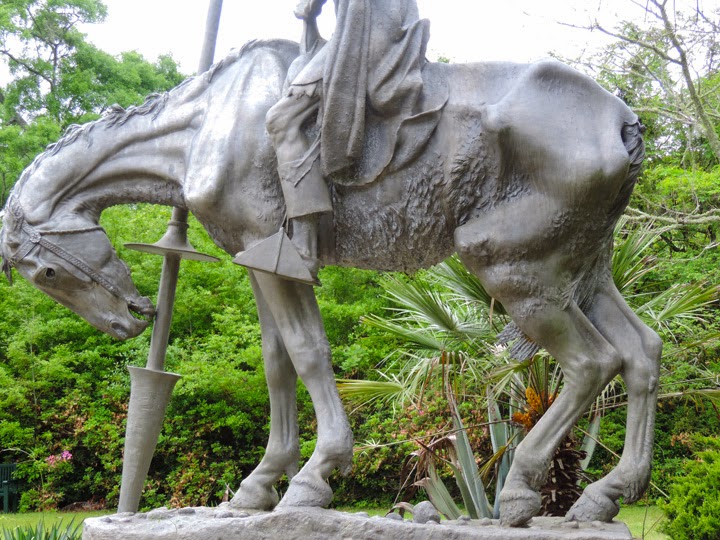 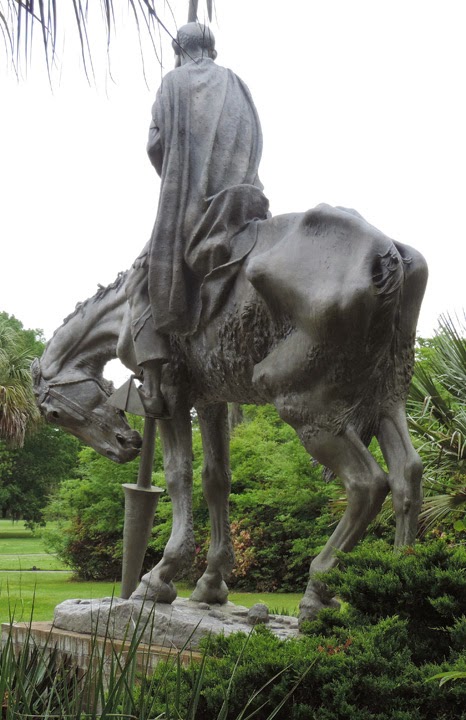 When word got around that she needed a decrepit horse to model, offers poured in.  The specimen finally
chosen was so weak that it could not stand and had to be supported by a sling when work began.
The horse's health so mended as work progressed that it lived to an honorable old age. 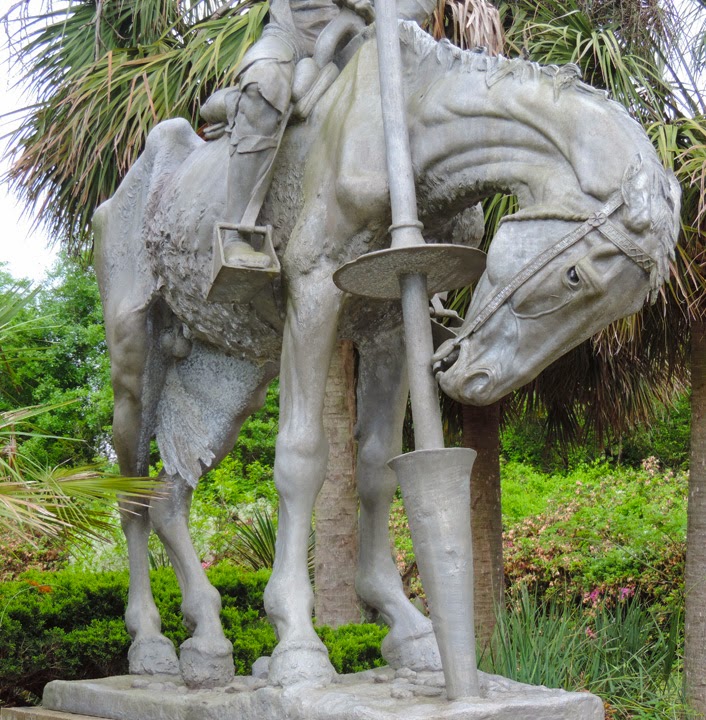