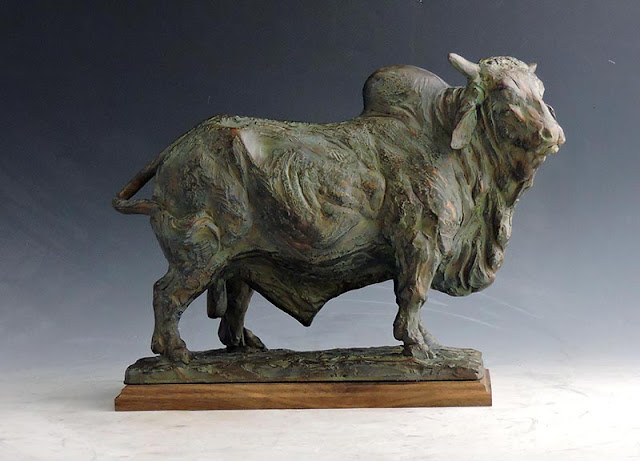 My new sculpture, "The Boss" depicts the distinctive presence of a Brahma Bull.
Brahma cattle originated in India where they are considered sacred and were
brought to the United States in the late 1800s.  Also referred to as Brahman,
the breed is tolerant to heat and insects due its thick skin but also does well
in cold climates.  Interestingly, Brahma cattle, like the camel, stores food
and water in the hump on its back.

While creating "The Boss", I attempted to show the tension of skin stretched
over the internal anatomy while retaining overall clarity and simplicity.
This powerful animal was a delight to work with . . . the sentiment
and spirit were derived from the subject!