Please start this series of blogs about the horse with post #616. 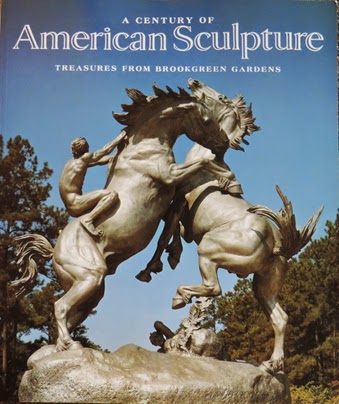 Brookgreen Gardens, located in Murrell's Inlet, South Carolina is home to the largest
and most important collection of American sculpture in existence.  Founded by
Archer and Anna Hyatt Huntington in 1931, the accredited museum, zoo,
and horticulture masterpiece continues to grow in  collections, prestige,
and popularity . . . it is a mecca for sculptors and art lovers the world over.

Anna Hyatt Huntington's horse sculpture has been spotlighted in the previous
three blogs and the focus of this post is the equine work of four additional
sculptors whose work is in the Brookgreen collection,

Because of her profession, Anna Hyatt Huntington knew many sculptors well.  During Brookgreen's first ten years of existence,  there was a steady stream of sculptors flowing into the gardens and Archer and Anna searched for the best works suitable for their purpose of placing American sculpture in a magnificent setting while.preserving natural beauty.

Two of the most famous sculptors known for their native Western and Indian subjects were
James Earle Fraser [1876 - 1953] and Frederic Remington [1861 - 1909].  Both sculptors are represented
in the collection by examples of their most famous works with the horse depicted as a main element of their creation.

Shown below, is James Earle Fraser's "End of the Trail" which symbolizes the passing of the Indian's way of life. 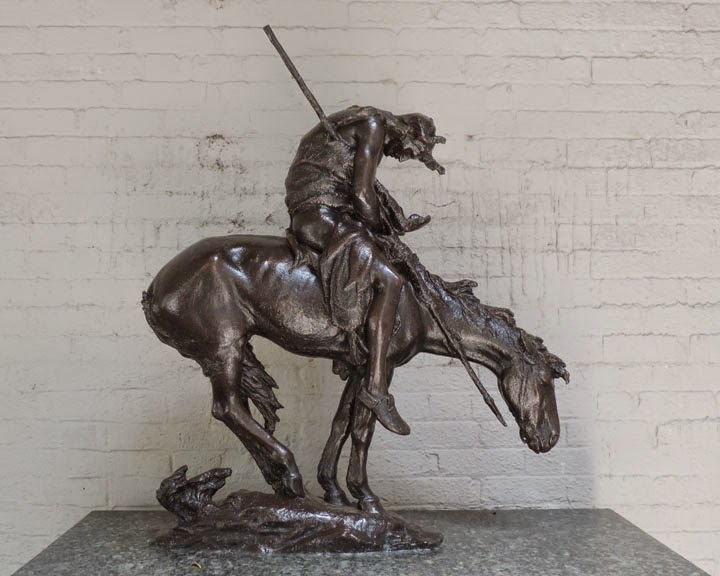 Remington's training was not that of a sculptor but of a New York illustrator.  Discouraged by the poor reception
his first exhibition of paintings received, he turned to sculpture and his first work, "The Bronco Buster",
was a tremendous success.  Shown below, is Frederic Remington's "Bronco Buster" at Brookgreen Gardens. 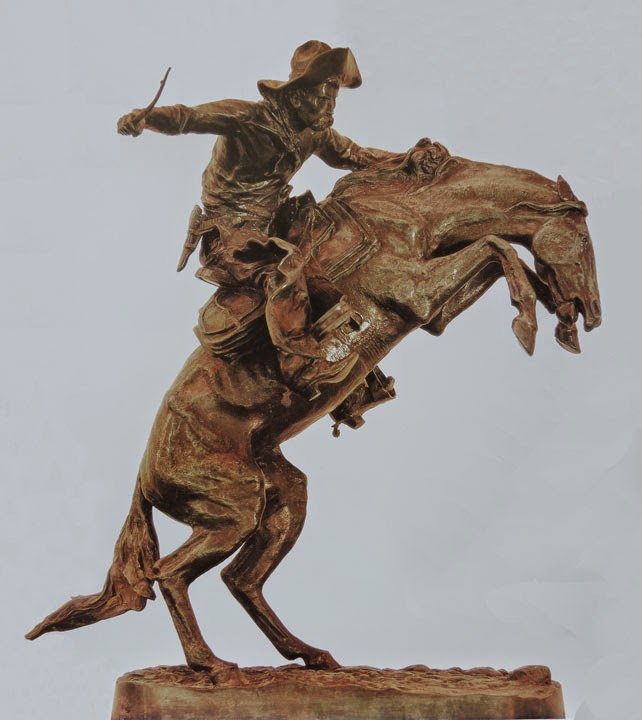 Laura Gardin Fraser [1889 - 1966] was a pupil of James Earle Fraser and later married her teacher.
She became known for designing coins and medals and also created the equestrian monument at Baltimore of
Lee and Jackson.  The commission for the "Peagasus" at Brookgreen was another chance to execute a major work.
The granite blocks which it is composed were set up in the Gardens after they had been roughed out,
and the carving was finished in place.   The Mount Airy granite was carved by a stone carver
under the supervision of the artist and took nine years from inception to completion.

Below, are images of Laura Gardin Fraser's "Pegasus" at Brookgreen. 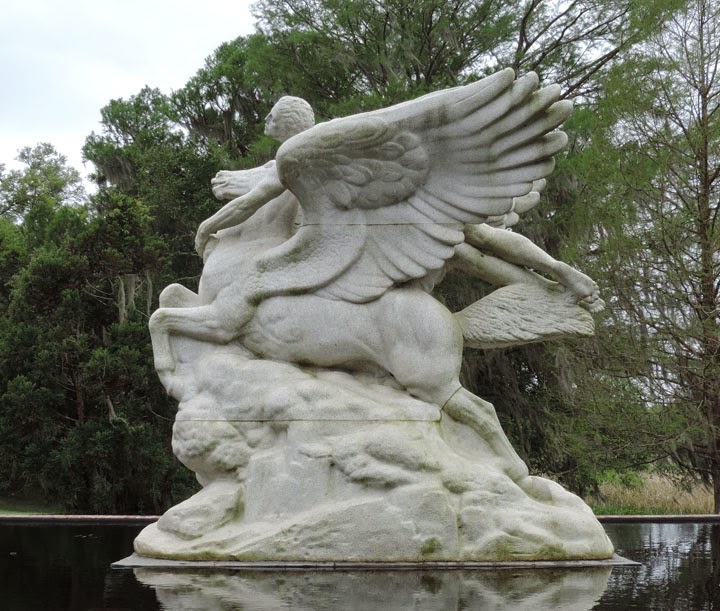 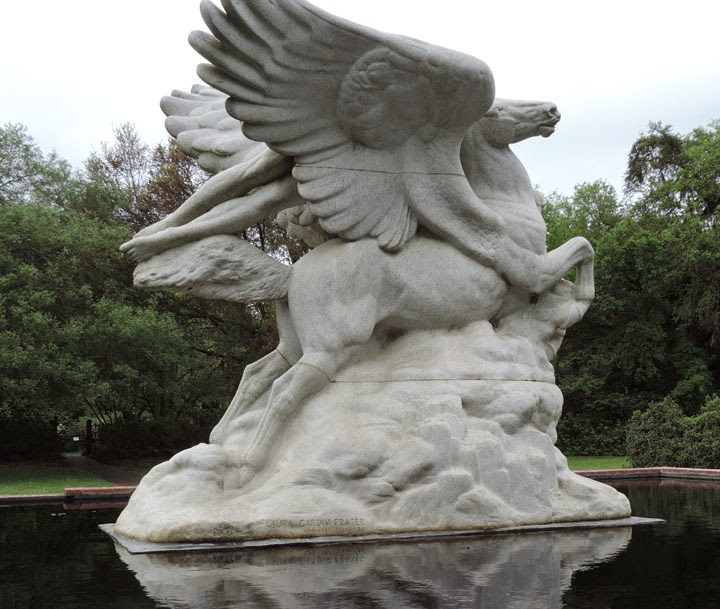 Gutzon Borglum [1867 - 1941] is  known for carving Mount Rushmore in South Dakota and is represented in the collection with "Mares of Diomedes".  The bronze at Bookgreen is the middle section of a larger group that was modeled in his studio in New York in 1904.  The sculpture is a successful attempt by the artist to convey the sensation of rapid motion
by a group of horses at full gallop.  Show below, is a photo of "Mares of Diomedes". 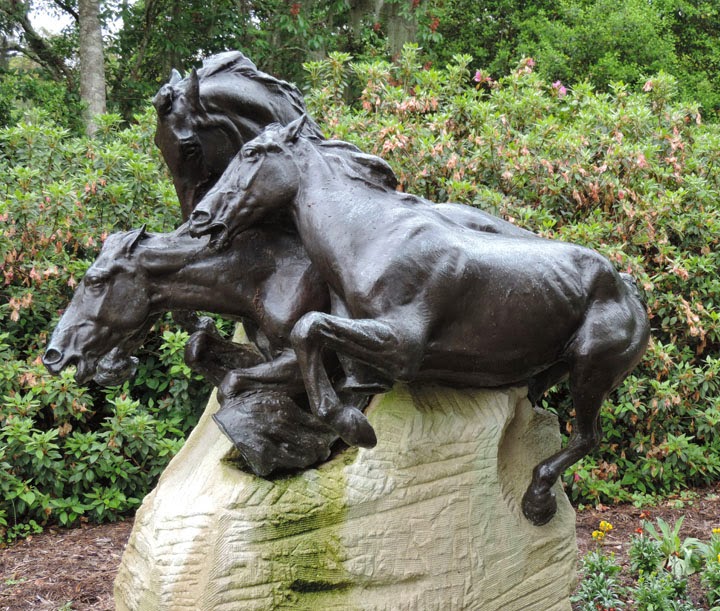