Currently in progress in the monument sculpture studio is a project for the
Briscoe Western Art Museum in San Antonio, Texas.

Before undertaking the creation of a large horse monument,
the sculptor should be aware of the historical symbolism of the horse.
Also, a realization of significant horse monuments of the past . . .
including the equestrian work of the Greeks is invaluable knowledge.

Below, is a resin recast in my design studio from the Parthenon frieze.
The frieze is the low-relief marble sculpture created to adorn the upper part of the Parthenon in Athens.
It was sculpted between 443 and 438 BC, most likely under the direction of Phidias. 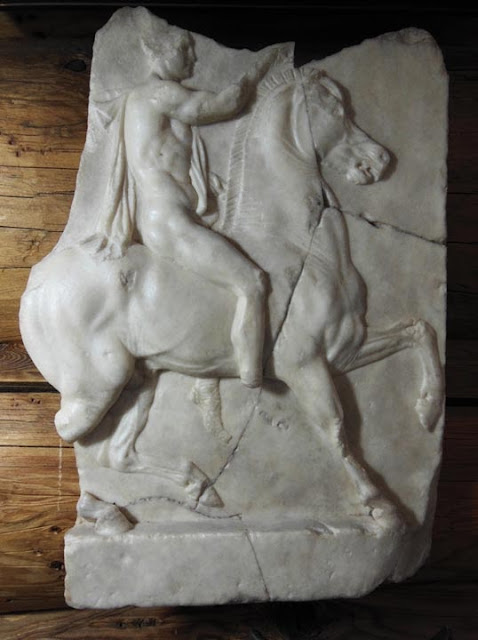 Below, are images of the two monumental horse architectural panels in clay and near completion.
I will live with them, ponder them, tweak them, dream about them, agonize over them, study and photograph them . . .  using many different light sources, before taking them to mold and to the foundry for bronze casting. 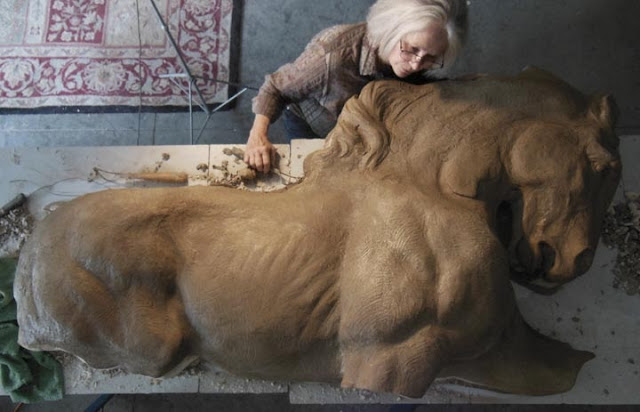 My goal was to present the animal's dignified bearing and create an elegant and grand composition. 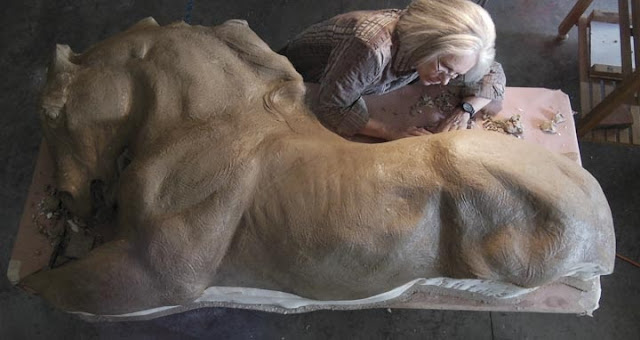 The sculptor must portray the essence of the great planes and masses.
Movement of the planes caused by the direction of the muscular masses must be understood by the sculptor.

Horse number one faces to the viewer's right and number two, to the left.
Note, the close-ups show the finished clay surface. 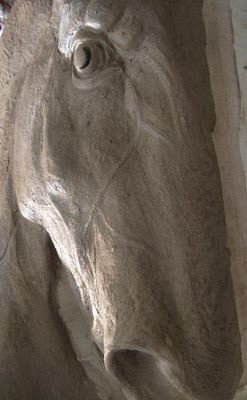 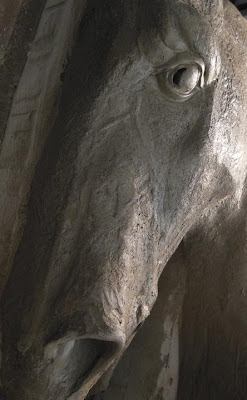 The sculptor must have the skill and technical ability to bridge the gap
between artistic concept and figurative realization. 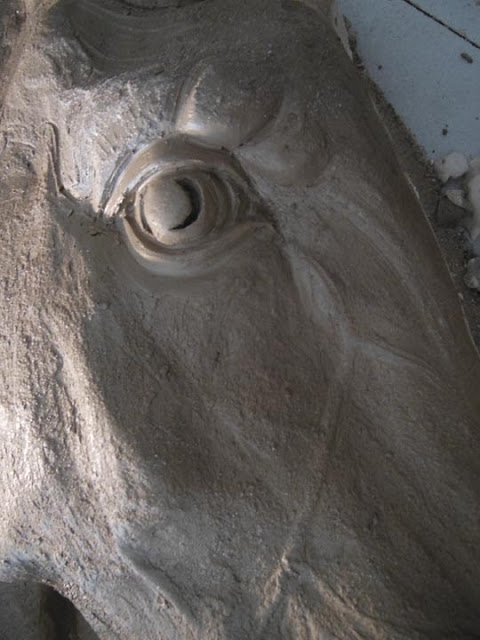 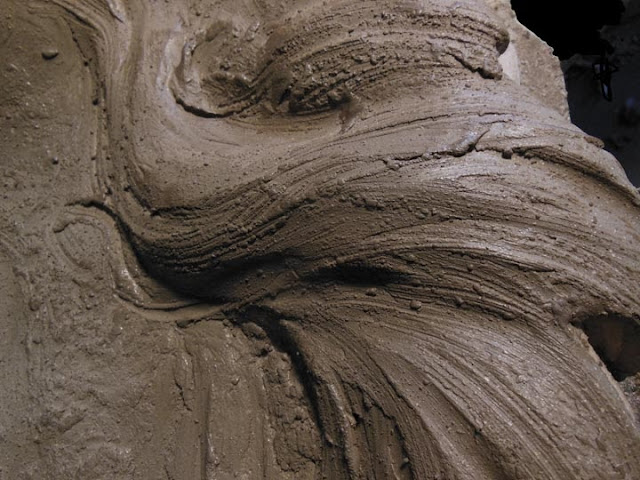 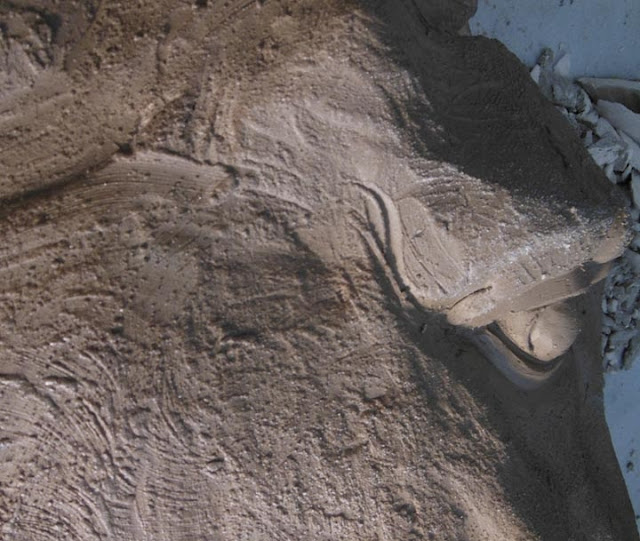